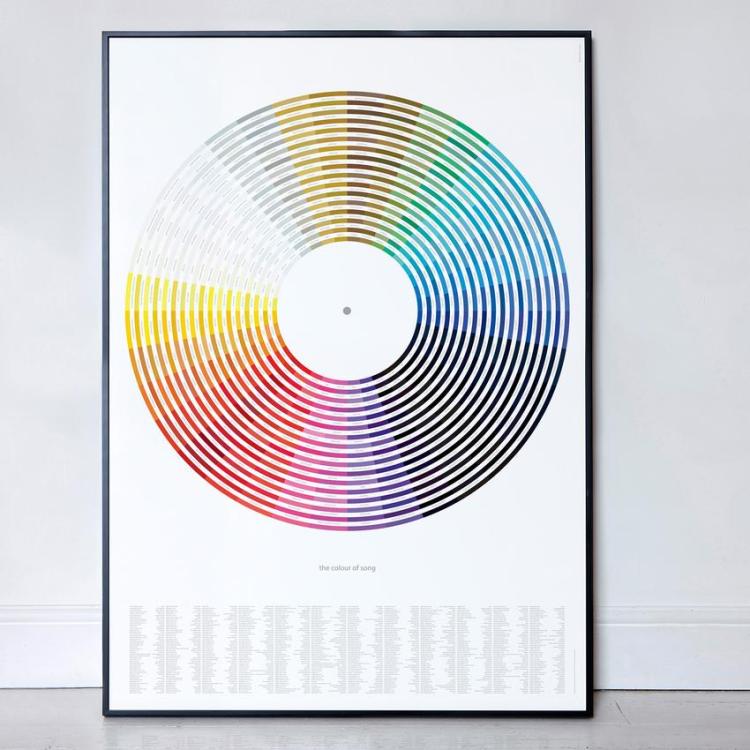 Dorothy art studio has recreated their brilliant lithograph print “The Colour of Song” which again features a beautiful color wheel made up song titles that encompass the name of the corresponding color. The 2017 update was made to include 38 new titles, including “Black Star” by the late, great David Bowie. The new edition is available for purchase through the studio.

A stylised colour wheel featuring the titles of 576 tracks that include a colour in their title. These include classics like Pale Blue Eyes, Yellow Submarine, Purple Rain, Back to Black, Brown Sugar, Fools Gold and Blue Monday, and some guilty pleasures like Mr. Blue Sky, Goldfinger and (for children of the 80s) Pretty in Pink. 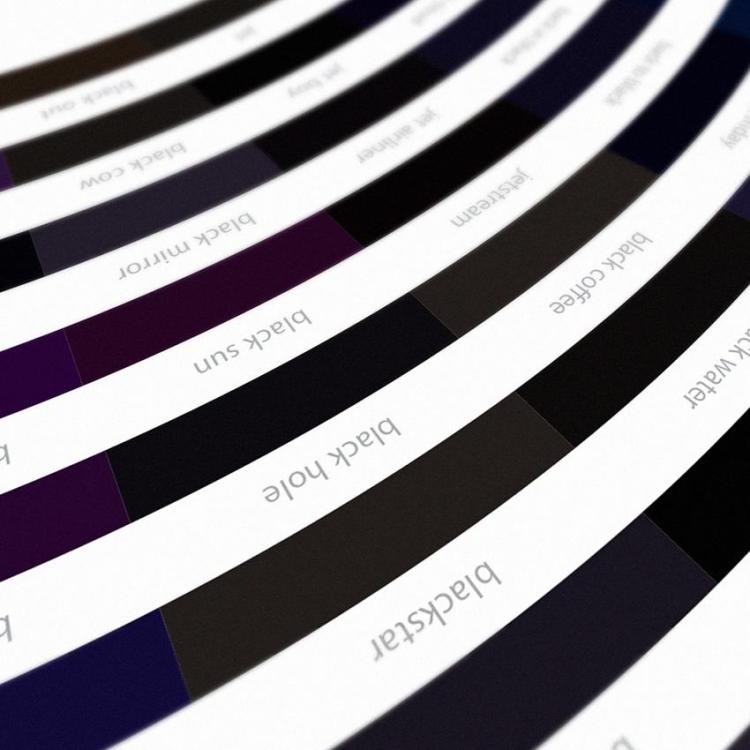 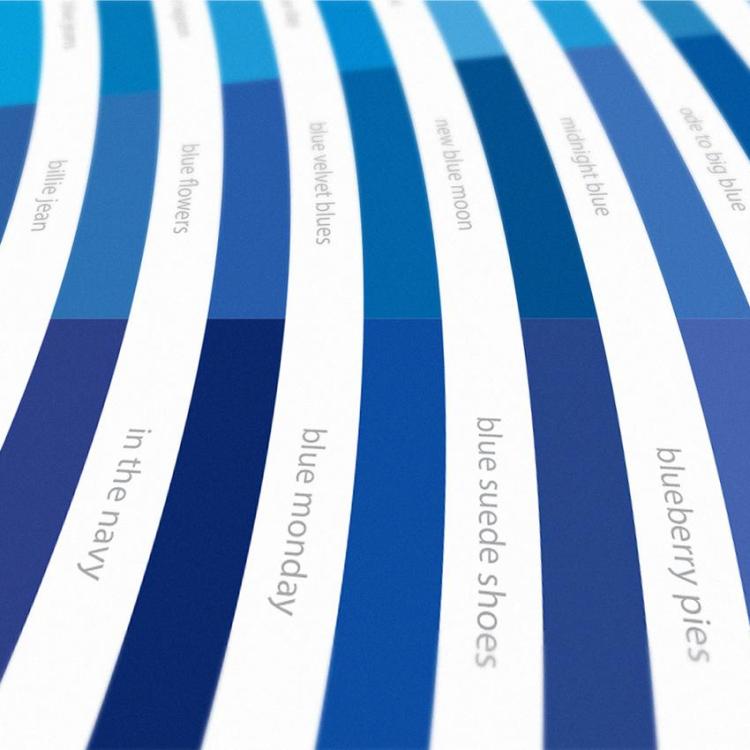 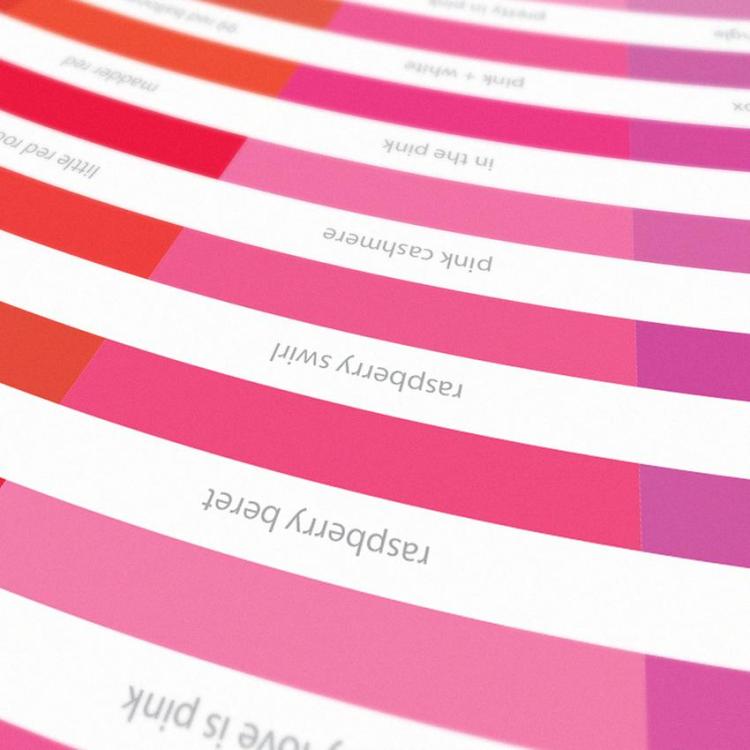 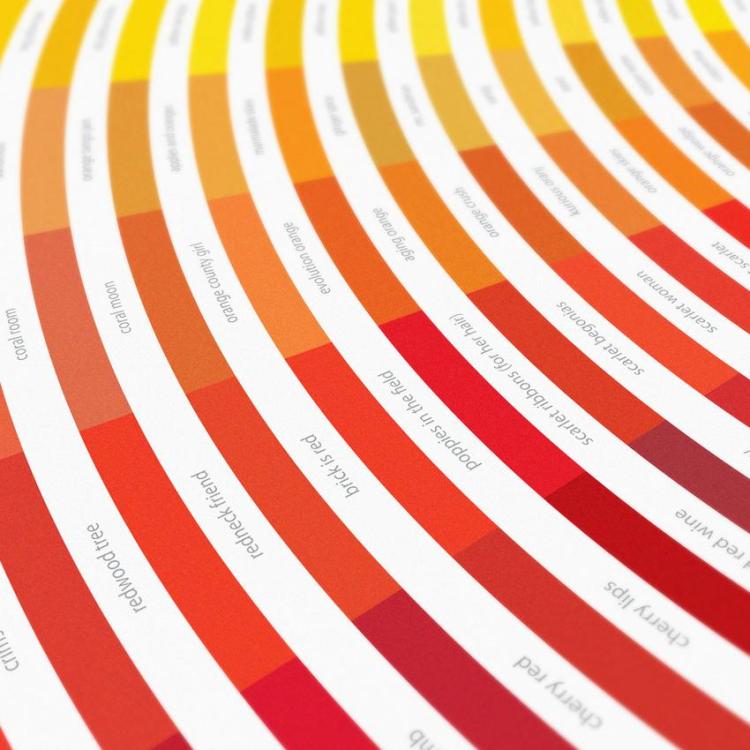