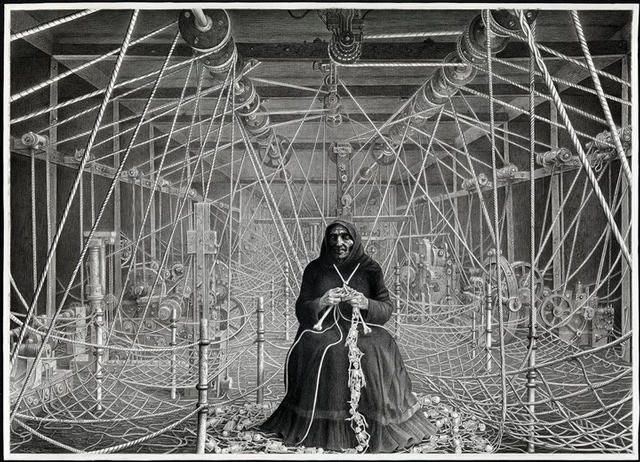 The Knitter of Bones 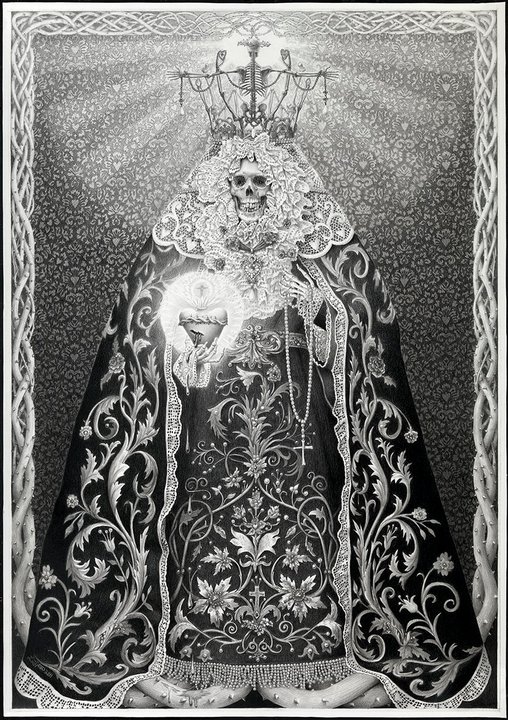 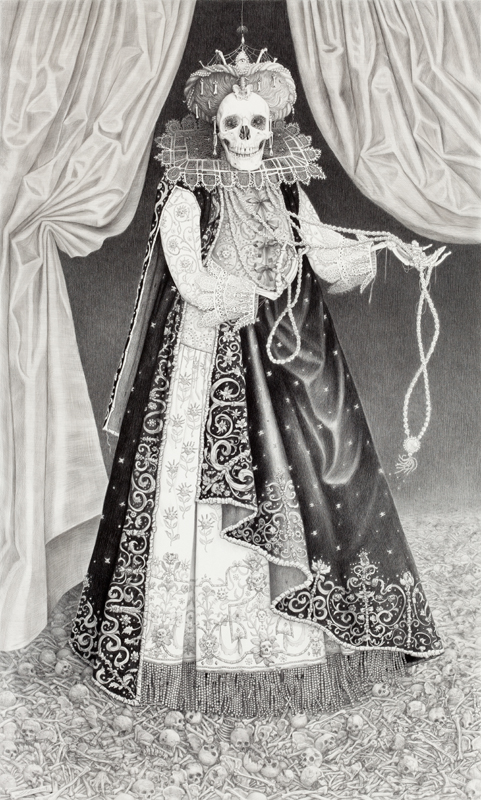 Early on, artist Laurie Lipton studied 17th century Dutch masters to develop her own unique style of pencil drawing. Later, “she began developing her very own peculiar drawing technique building up tone with thousands of fine cross-hatching lines like an egg tempera painting”. Her new show at Last Rites Gallery in New York City, The Carnival of Death, explores the subject of death in beautiful detail. The show runs October 1 to October 23, 2011.

When I visited Mexico in order to see The Day Of The Dead festival some years later, I couldn’t help feeling envious of their approach to mortality. Families gathered on graves and picnicked, whole villages turned up with food for households in mourning. Death was treated as normal, even silly. Candied skulls grinned in their hundreds and skeletons danced in a fair-ground atmosphere. I decided to rebel against my heritage and create drawings inspired by the mood and atmosphere of the Mexicans. I decided to get in-touch with my bare bones. My culture runs from death, screaming. We worship youth, beauty and the illusion that we have all the time in the world. We frantically face-lift and botox, and throw pills, creams and money at death. We fool ourselves into thinking that death only happens to other people & only losers die. Skulls always look like they’re laughing. Maybe the joke is on us?

A hardcover art book of Lipton’s art titled The Extraordinary Drawings of Laurie Lipton is available. 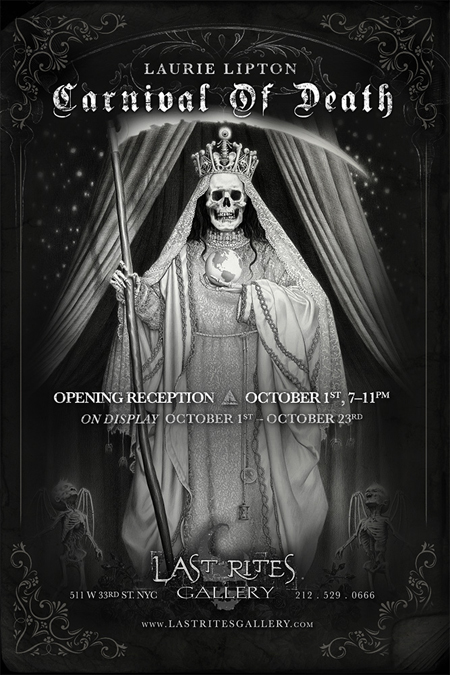