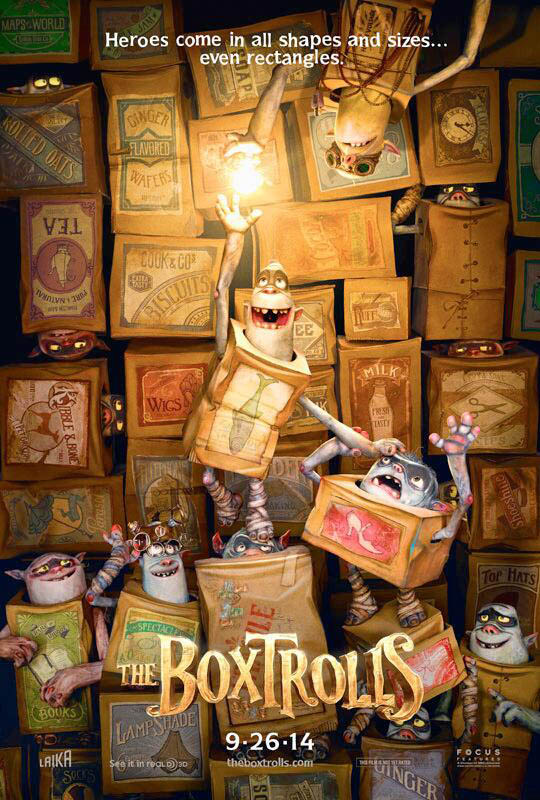 Portland, Oregon-based Laika, the animation studio behind Coraline and ParaNorman, have announced their third animated feature film titled The BoxTrolls. The film opens in theaters on September 26, 2014 and its trailer is available to view at iTunes Movie Trailers. It will be directed by Anthony Stacchi and Graham Annable.

The new 3D animated feature from Laika Studios tells the tale of the Boxtrolls, monsters who live underneath the charming streets of Cheesebridge, who crawl out of the sewers at night to steal what the townspeople hold most dear: their children and their cheeses. At least, that’s the legend the townspeople have always believed. In truth, the Boxtrolls are a community of lovable oddballs who are raising as one of their own an abandoned and orphaned human boy named Eggs. When the Boxtrolls are targeted by a villainous exterminator who is bent on eradicating them, Eggs must venture aboveground to save them, where he teams with an adventurous young girl to save not only the Boxtrolls but the soul of Cheesebridge.