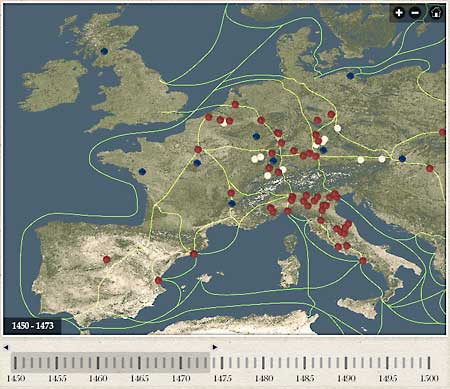 The Atlas of Early Printing by The University of Iowa Libraries

The Atlas of Early Printing is an interactive site designed to be used as a tool for teaching the early history of printing in Europe during the second half of the fifteenth century. While printing in Asia pre-dates European activity by several hundred years, the rapid expansion of the trade following the discovery of printing in Mainz, Germany around the middle of the fifteenth century is a topic of great importance to the history of European civilization.