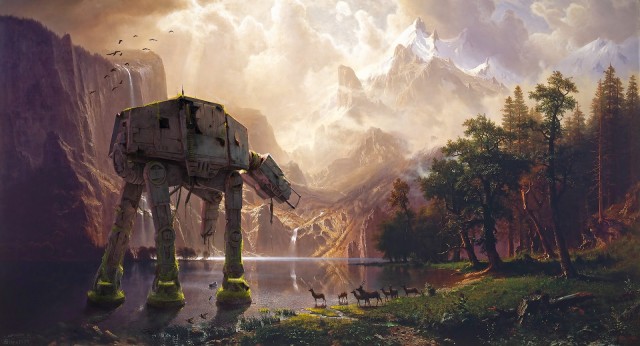 In his ongoing digital illustration series “The Ancient Kaiju Project,” German artist Oliver Wetter skillfully augments classic paintings with the addition of fearsome creatures and objects from pop culture like Godzilla, a Star Wars AT-AT, and Howl’s Moving Castle. According to Wetter he is using the project as a way improve his ability at replicating classic painting styles. He has posted process images and making-of videos on his blog. 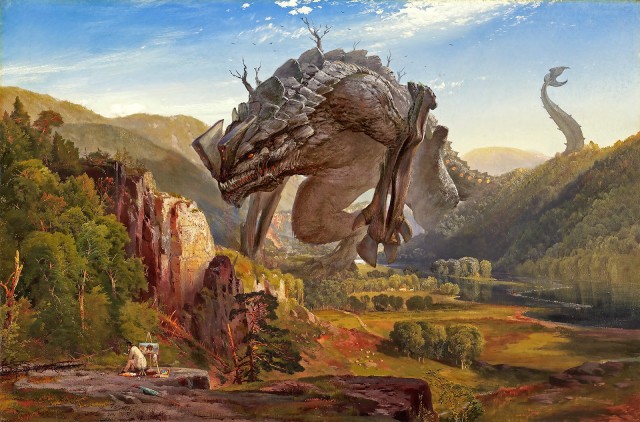 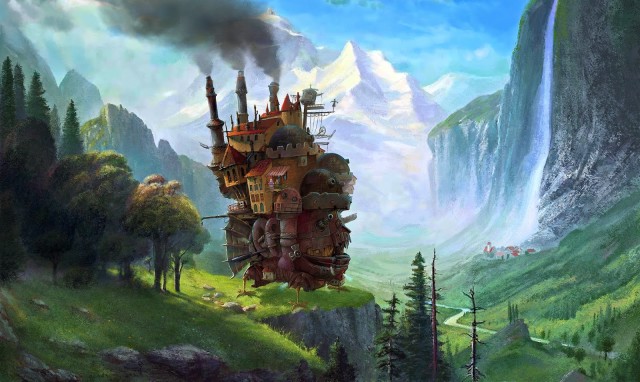 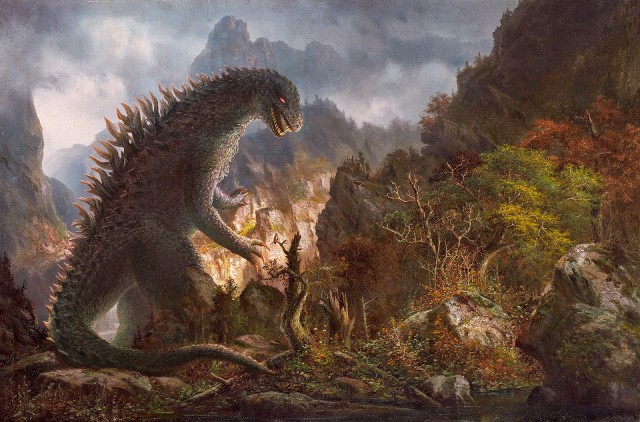 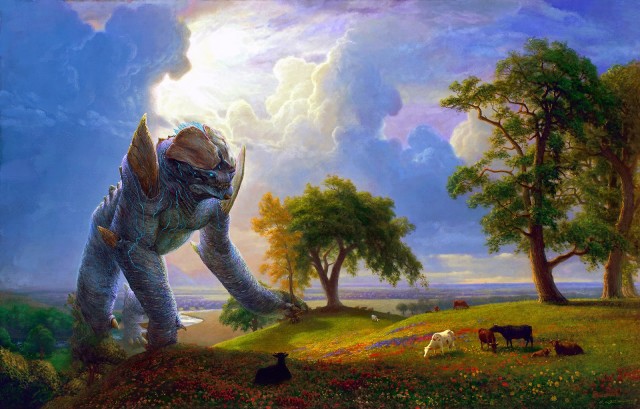