While appearing on The Late Show, legendary actor Steve Buscemi talked to host Stephen Colbert about his role as God in the new series Miracle Workers and how his brother Johnny ruined religion and Superman. Colbert then broke out a special toaster that imprinted Buscemi’s face in character as God.

While they waited for the bread to toast, Colbert showed Buscemi the spooky deepfake video of Jennifer Lawrence answering questions while wearing his face. After giving the video a good long look, the veteran actor quite cleverly quipped “I’ve never looked better”. 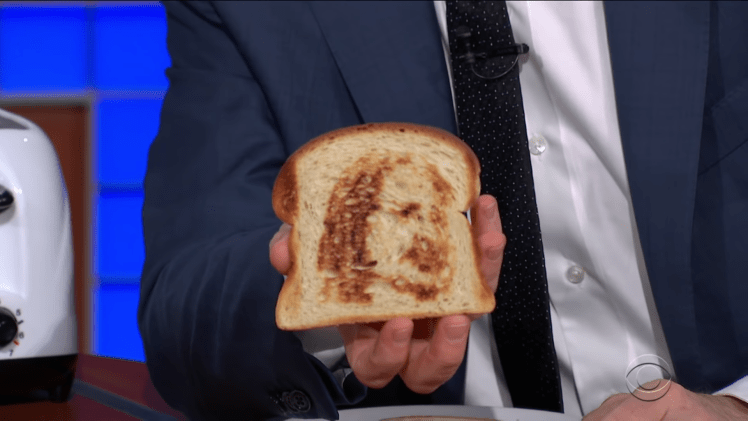