“Do these pedestrians know which coffee they’re drinking?”

On a recent episode of Jimmy Kimmel Live, they featured a Lie Witness News comedy skit where Jimmy’s crew went out to Hollywood Boulevard in Los Angeles and asked random people to taste test two different cups of coffee and then guess which one is Starbucks‘ new highly priced $7 Costa Rica Finca Palmilera coffee. To throw a curve ball and make the experiment a little more humorous, the two cups that are placed in front of each random person to taste test from are both from the same “regular pot of coffee” (not the $7 Starbucks brand). 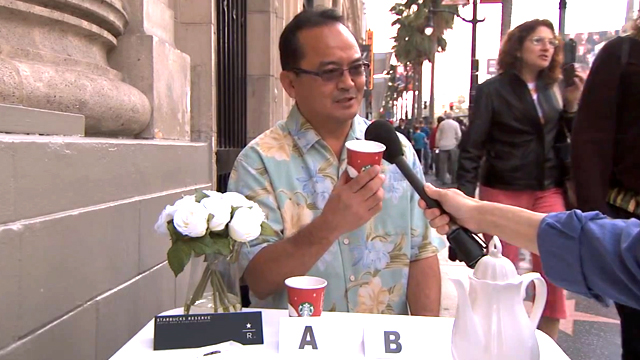 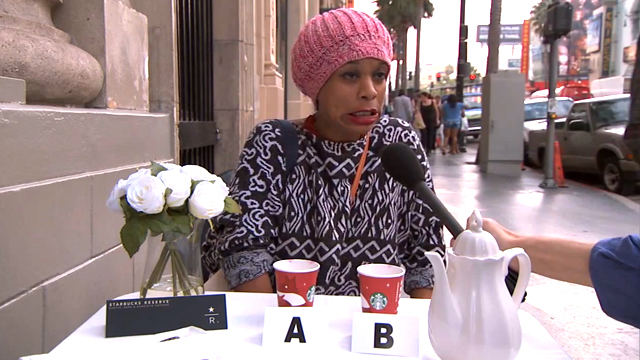