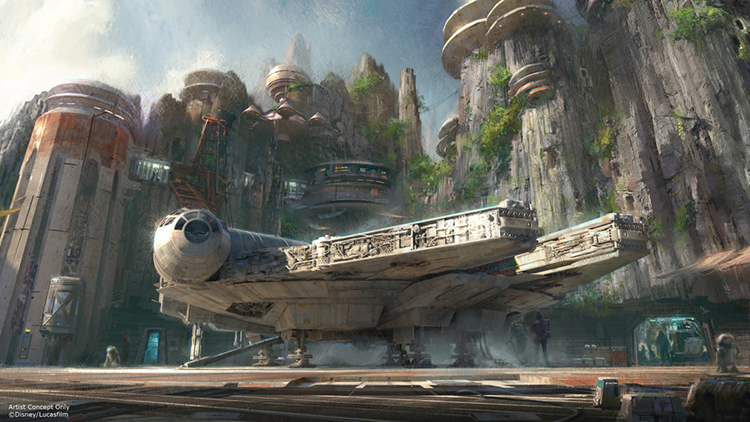 At D23 EXPO 2015, The Walt Disney Company Chairman and CEO Bob Iger announced that both a Star Wars-themed lands and interactive experiences will be coming to the Disney World resort in Orlando, Florida and Disneyland resort in Annaheim, California. Star Wars fans will be able “to step into the stories from a galaxy far, far away”. So far, there is no opening date for the Star Wars-themed lands, but the interactive experiences will come to life later this year and into early 2016.

Ambitious plans to bring Star Wars to life in the two parks include creating Disney’s largest single-themed land expansions ever at 14-acres each, transporting guests to a never-before-seen planet, a remote trading port and one of the last stops before wild space where Star Wars characters and their stories come to life. These authentic lands will have two signature attractions, including the ability to take the controls of one of the most recognizable ships in the galaxy, the Millennium Falcon, on a customized secret mission, and an epic Star Wars adventure that puts guests in the middle of a climactic battle. (read more)

Star Wars Launch Bay – Opening later this year, this interactive experience will take guests at Disney’s Hollywood Studios in Florida and Disneyland park in California into the upcoming film, Star Wars: The Force Awakens, as well as the first six films in the Star Wars saga.

Season of the Force – This new seasonal event, beginning early 2016, brings new experiences to both coasts. In Tomorrowland at Disneyland park, guests will explore the Star Wars galaxy with special entertainment, themed food locations and Hyperspace Mountain – a reimagining of the classic Space Mountain attraction in which guests will join an X-wing starfighter battle. Disney’s Hollywood Studios will feature a new fireworks spectacular set to the iconic score of the Star Wars movies on weekend nights. (read more) 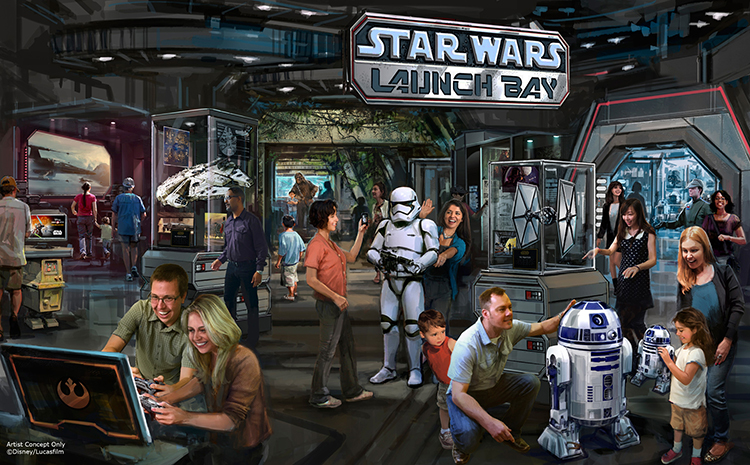 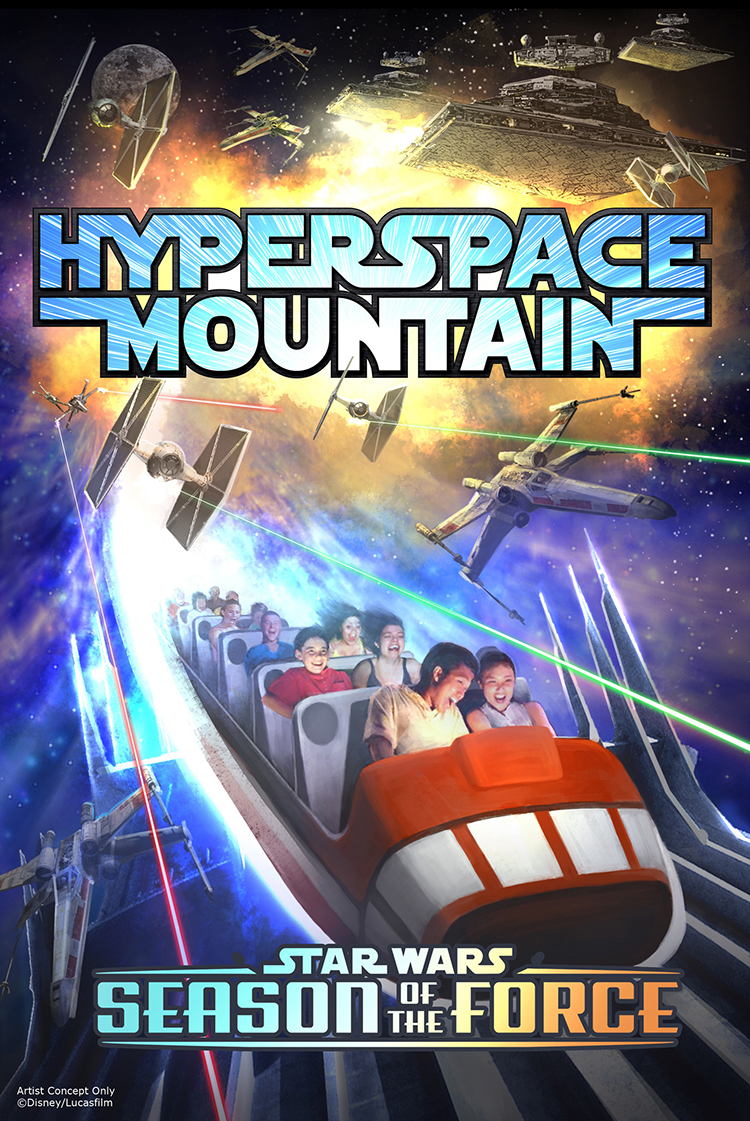 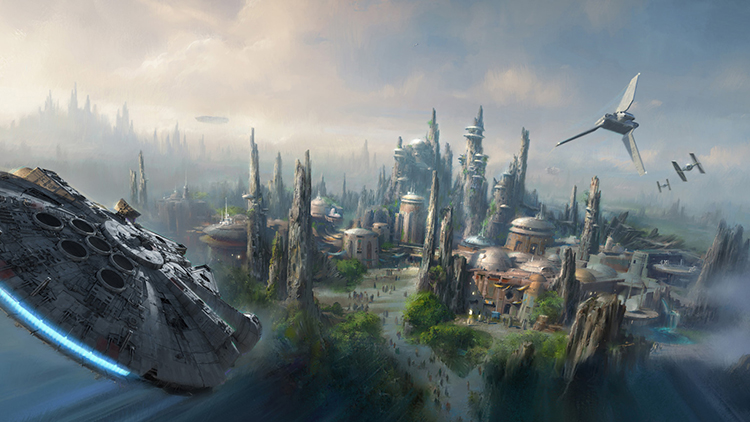