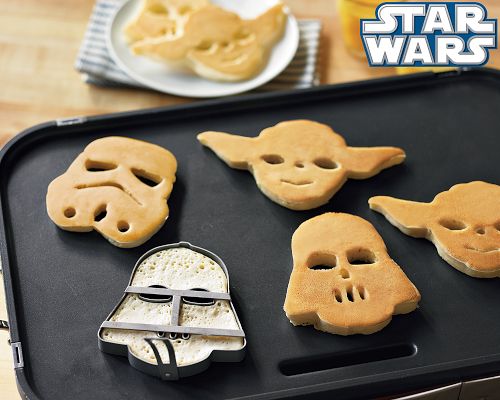 A long time ago in a galaxy far, far away, a Jedi Kitchen Master used the Force to create three pancake molds in honor of his favorite galactic hero and villains: Yoda, Darth Vader and a stormtrooper. 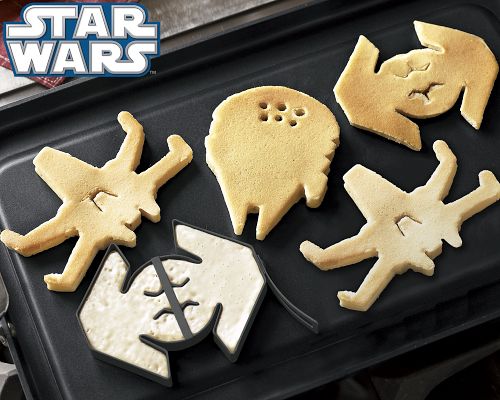 A long time ago in a galaxy far, far away, a Jedi Kitchen Master created an epic breakfast to unleash the power of his Jedi Padawan. Using the Force™, he created three nonstick steel pancake molds in honor of the galactic star fighters of his heroes and villains: Jedi’s Knight’s X-Wing Fighter, Darth Vader’s™ Tie Fighter and Han Solo’s™ Millenium Falcon ™.