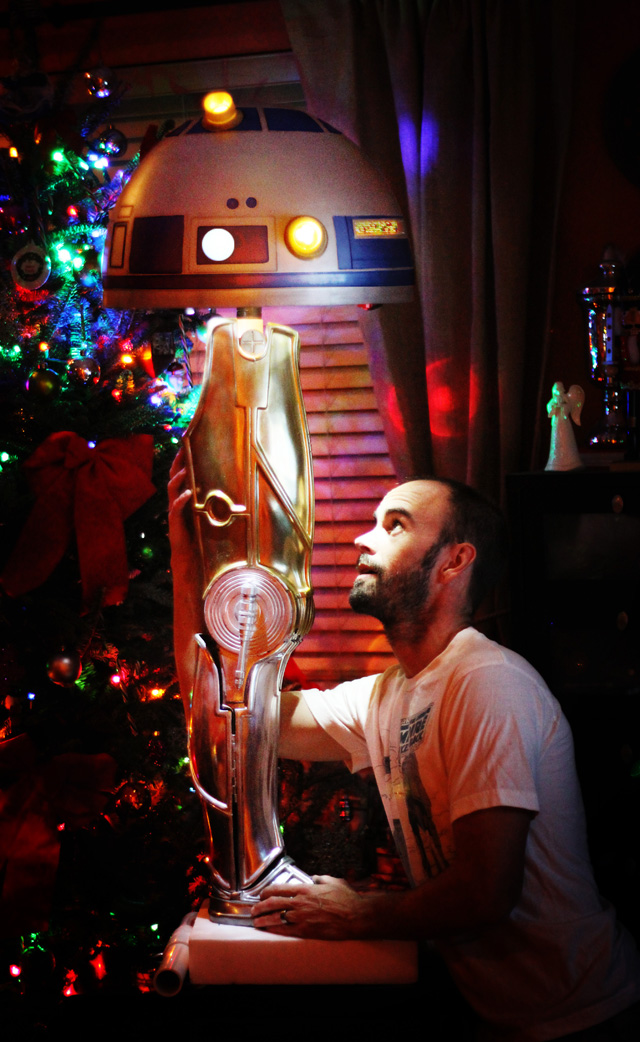 “The soft glow of droid sex gleaming in the window.” – Max Petrosky

Tampa, Florida artist and designer Gordon Tarpley of GT Props has created a conceptual Star Wars themed droid leg lamp that was inspired and fashioned after the leg lamp seen in the 1983 holiday film A Christmas Story. Gordon’s incredible lamp features the head of R2-D2 (acting as the lamp shade) mounted on top of the leg of C-3PO (lamp base). Since this is only a conceptual build, he plans on starting a more permanent version of the droid leg lamp from scratch in January. He will post photos of his entire build process online. This is the major award that you’re looking for.

Based on a joke my wife (total genius) made about 9 months ago, I made a Star Wars Christmas Story leg lamp crossover from parts I had around the house. Not permanent, but fun. The parts will be returned to their proper builds in a few days.

I HAVE been planning on making a permanent version ever since she first mentioned it months ago. After this picture was posted on facebook, there have been TONS of responses asking where I got it, which has given me the motivation to build the actual lamp for next December (2013).

via Distracted By Star Wars