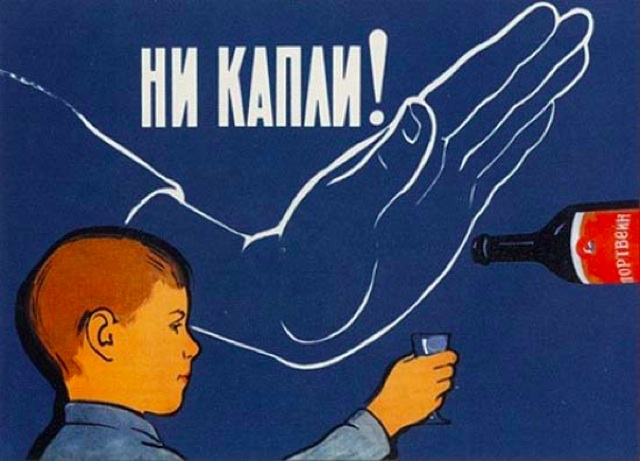 Not a single drop! 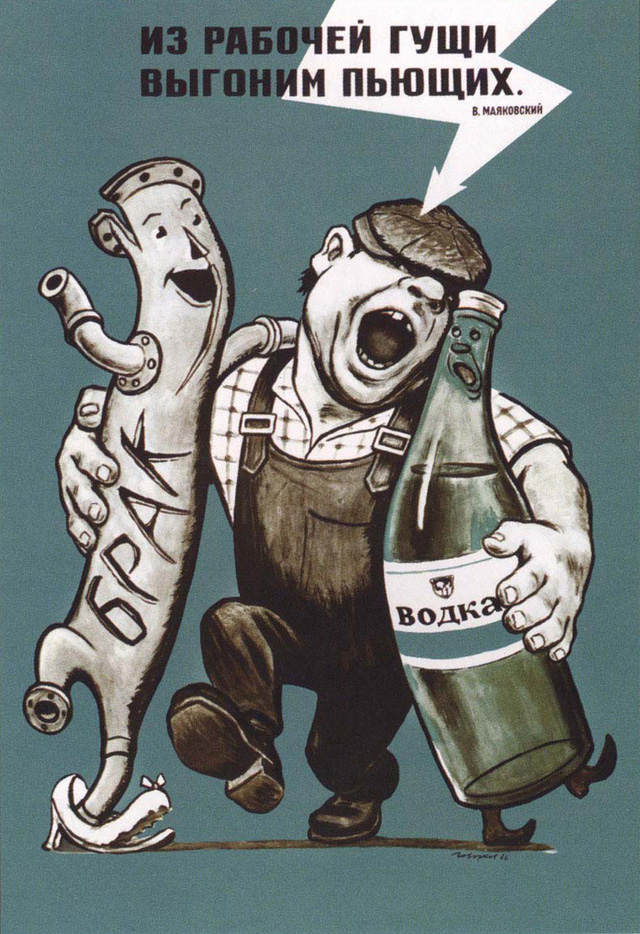 Let us throw out drinkers from the working area!, 1966 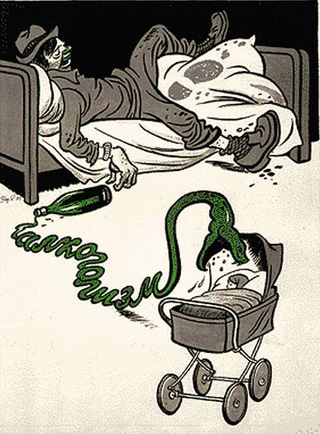 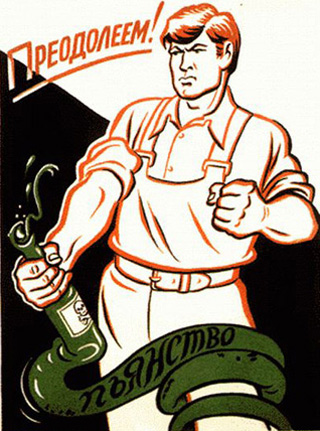 Alcoholism (the green snake) and We shall overcome drunkenness! 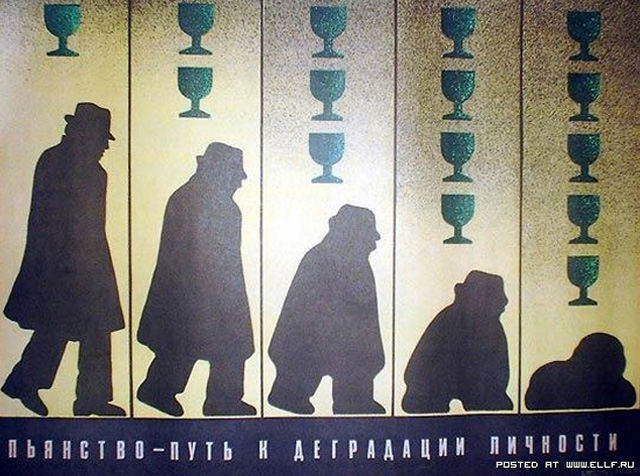 Drunkenness is a way to the degradation of personality 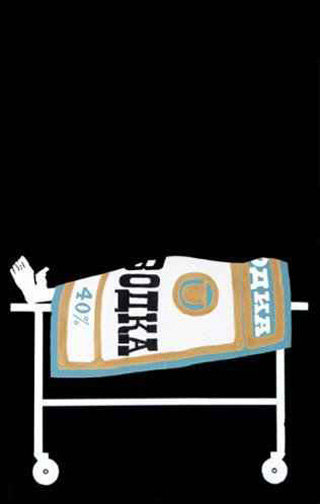 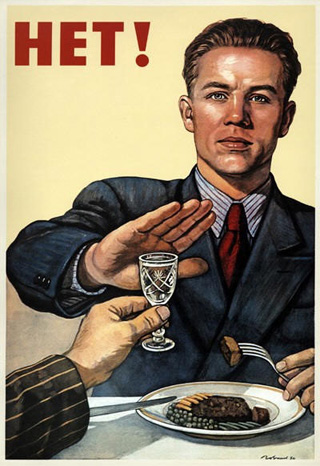 These Soviet-era posters were created for the various government anti-alcohol campaigns from 1920 to 1990. Poemas del río Wang have described a bit of their history along with a huge online gallery full of these posters.

Both mass alcoholism and the fight against it were integral parts of everyday life in the Soviet Union, from its formation until its dissolution. For much of the 19th century, Russians’ per-capita alcohol consumption was among the lowest in Europe, and even this consumption was strictly controlled by rural and urban communities as well as the intensively working temperance societies. After the beginning of the forced industrialization introduced by Communism, millions of villagers poured into the cities and, liberated from the control of the community and with access to various sources of cheap alcohol, quickly established a culture of permanent drunkenness – drinking that aimed at a rapid unconsciousness.