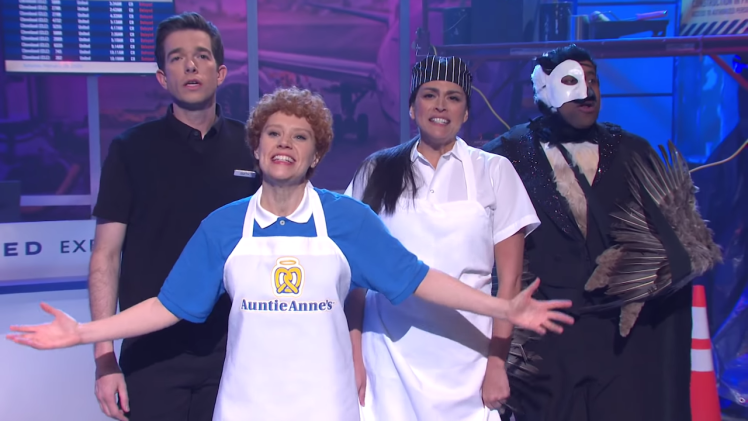 In a Saturday Night Live segment entitled “Airport Sushi”, a passenger (Pete Davidson) who was shopping at an airport market decided to buy pre-packaged sushi to eat before his flight. The cashier (John Mulaney) was shocked by this choice. Enter the resident pigeon (Kenan Thompson), who expressed his concern with a song. The maker of said sushi (Cecily Strong) fired back in a beautiful soprano voice.

This ad-hoc performance grew into an amusing musical mockery to New York City’s LaGuardia Airport with elements of Broadway hits Phantom of the Opera, West Side Story and Annie embedded within. Actor Jake Gyllenhaal dropped in as a flying pajama-clad traveler and musical guest David Byrne led the group in a airport-themed rendition of his hit song “Road to Nowhere”.