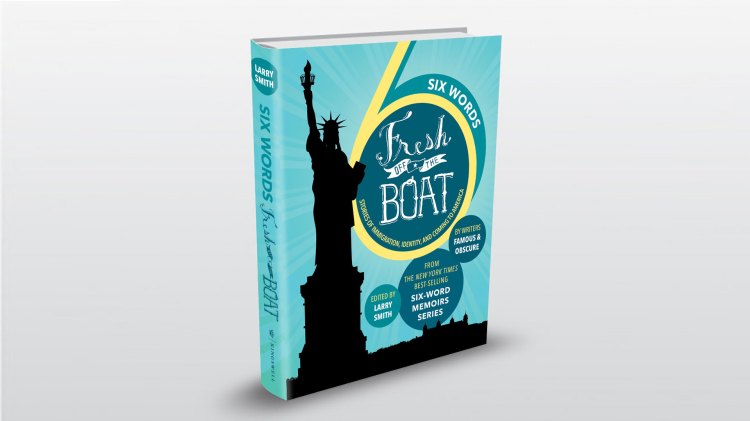 At the end of 2016, Larry Smith, the creator of Six Word Memoirs and friend of Laughing Squid, partnered with the ABC television show Fresh Off the Boat to put out a call for six word stories about how a nation of immigrants came to the United States. The project received well over one million powerful responses, many of which were compiled and put into the book Six Words Fresh Off the Boat:Stories of Immigration, Identity, and Coming to America.

This timely and unique crowd-sourced book of immigration stories — each told in six words — captures hundreds of memoirs on the experience from across America, spanning cultures and generations, to paint a powerful portrait of who we are as a country, and where we came from. 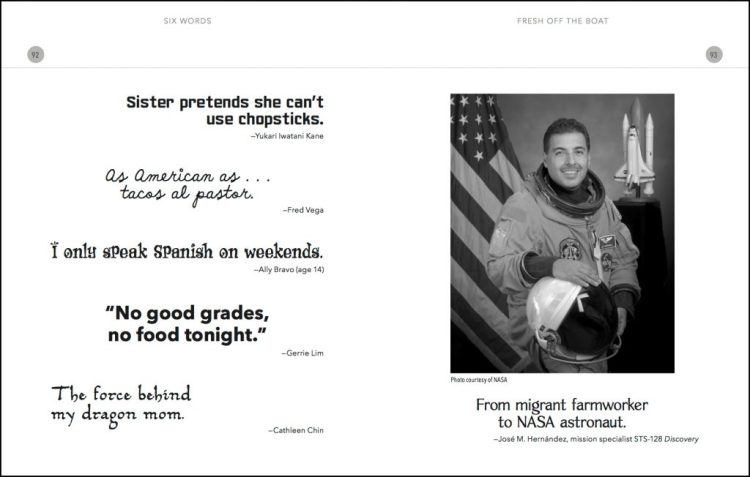 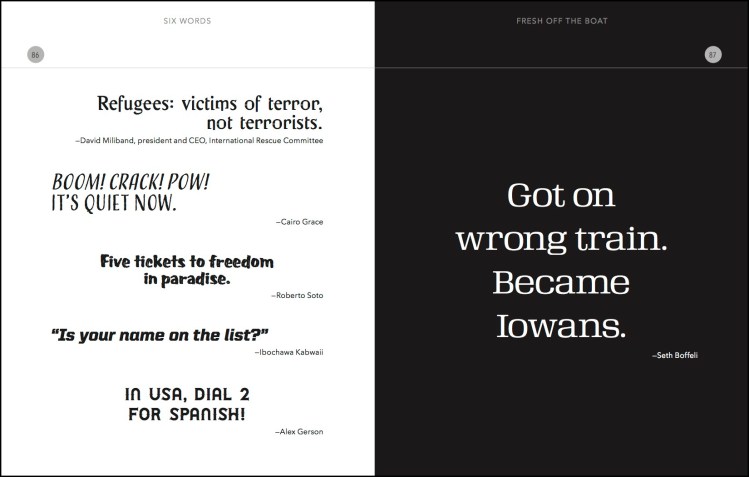 Disclosure: My “Fresh Off the Boat Six Word Memoir” is also included in the book.