Singularity & Co. is a unique science fiction bookshop that is opening both an online store and a brick-and-mortar in Brooklyn’s DUMBO neighborhood. Cici James, Jamil V. Moen and Ash Kalb are behind Singularity & Co. and they are not only bringing both new and classic sci-fi books together in one place, they are also saving ones from the past. They recently had a successful fundraising campaign on Kickstarter which has allowed them to move forward with their ‘big idea’.

But what it will do is let us choose one great out of print work of classic and/or obscure sci-fi a month, track down the people that hold the copyright (if they are still around), and publish that work online and on all the major digital book platforms for little or no cost. Every month on this website visitors will get to vote on the next great but not so well remembered work we will rescue from the obscurity of the past.

They will be celebrating the grand opening of their brick-and-mortar shop on Thursday August 9, 2012 starting at 7 PM. The festivities include a ‘best and worst cosplay costume’ contest, sci-fi movies, music, and trivia. 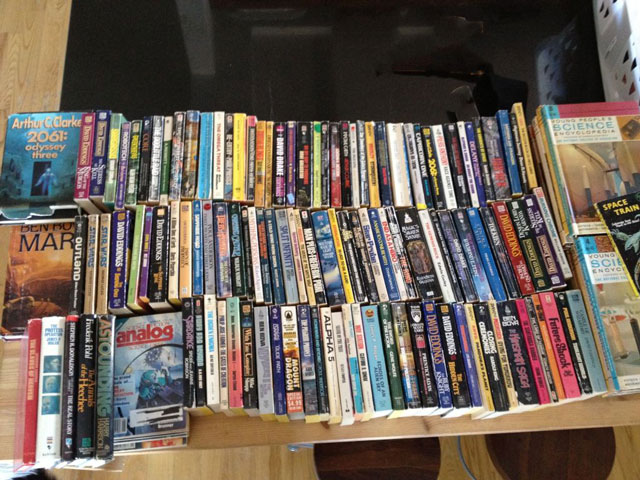 We’re going to take some of the greatest works of imagination of the 20th Century, and bring them into the 21st, and you can help, by subscribing today!

images and video via Singularity & Co.