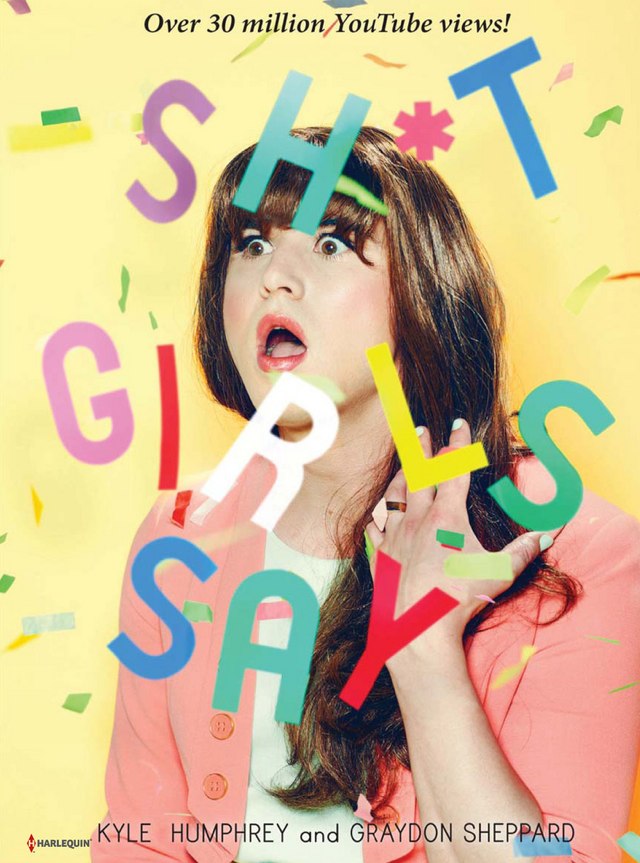 Just when you thought the Shit Girls Say meme had died, there is now a Shit Girls Say book that is being released today written by the series creators Kyle Humphrey and Graydon Sheppard.

SH*T GIRLS SAY is the hilarious print version of the wildly popular Twitter feed and YouTube videos that have garnered millions of fans worldwide. Selected from the authors’ favorite tweets, each punchy one-liner interacts with the visually stunning scene-scape, to create a book that is funny, bright, colorful and infinitely rereadable.

In celebration of the book release, a new Shit Girls Say Episode 4 has been released. Here are the previous episodes: