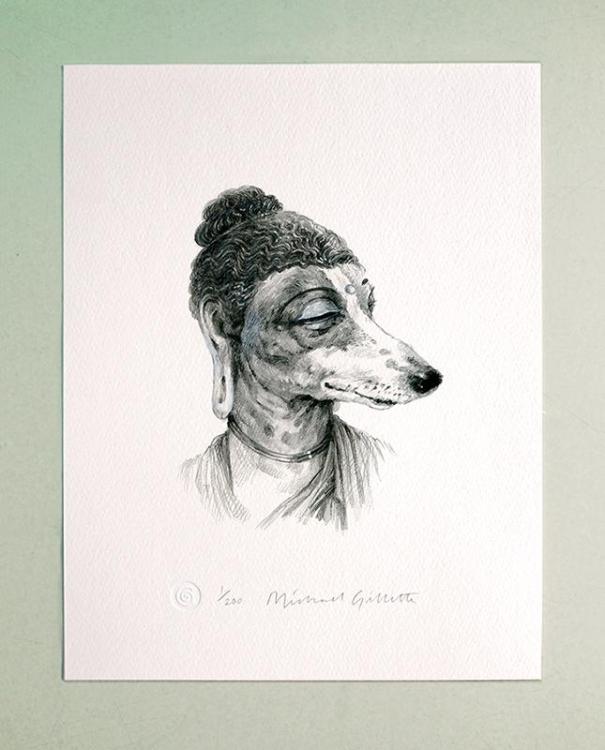 In 2012, we wrote about San Francisco artist Michael Gillette who created a beautiful set of officially licensed James Bond book covers for the celebration of the Ian Fleming Centenary. More recently, Gillette has created a stunning series of “Shape Shifting Dogs“, detailed prints of anthropomorphic canines modeled after inspirational people and deities that were drawn using layered graphite pencil.

The idea for the series came after finding a vintage box of identical bulldog note cards at a local Goodwill. I drew over the top of them as an act of continuation/ vandalism. It was tremendous fun, so I drew my own dogs and had a local family run print works in San Francisco create multiples of. ..Some dogs took on the form of famous people. Bowie was the first- I did him shortly after he left us. Others tap the style tribes which were so abundant in my formative years. One set of Italian Greyhounds morphed in to deities, from Odin to Jesus via Krishna and Buddha and beyond. I started doing them around the 2016 election as an antidote to the divisiveness of the times. They are uplifting to make, and I enjoy the suggestion of unity. 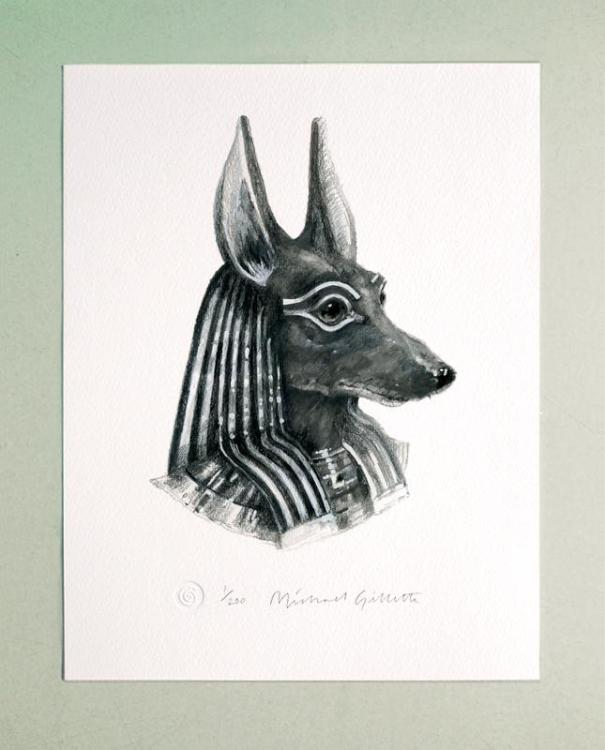 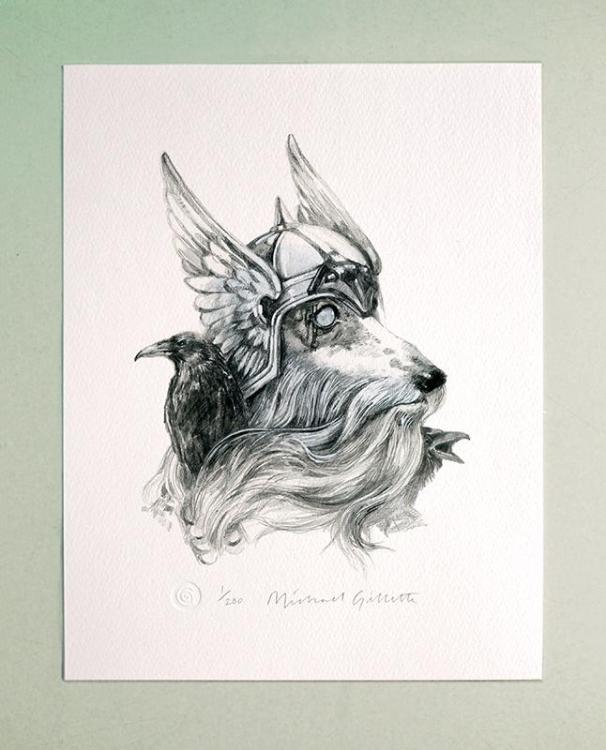 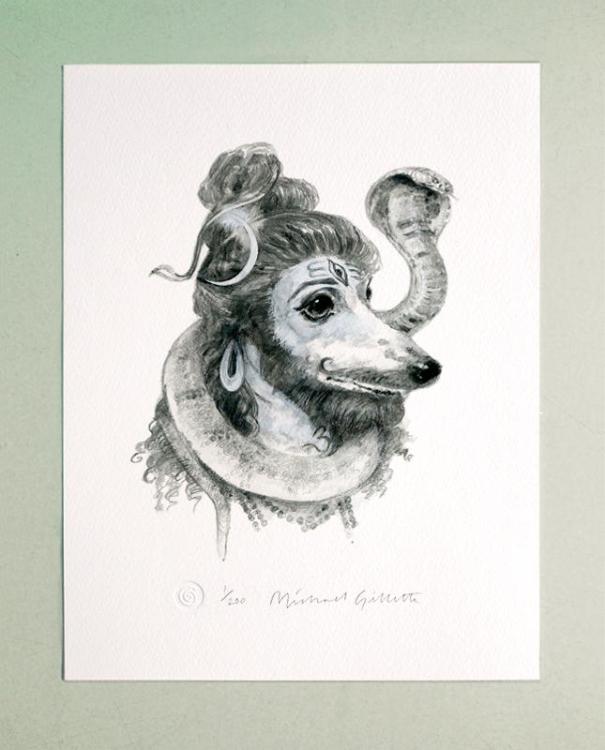