Before the quintessential quick-cutting and fast-paced techniques overused in television today Shadoe Steven’s Fred Rated television commercials broke this new stylistic ground back in the mid-1980s.  Smashing prices, and expensive audio and video gear was Shadoe’s trademark technique for driving media-crazy customers into the many Federated Group home entertainment stores scattered around Southern California at the time. 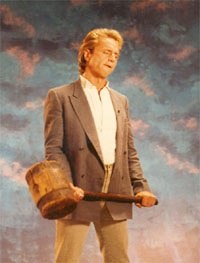 It was a race for pace by jam packing three minutes of mundane ad information into edgy, entertaining and explosive thirty second commercial spots.  My pleasure and honor was to have collaborated with Shadoe on these commercials as his director and editor.  Over a three-year period we made over 1000 television commercials together.

A few weeks ago Shadoe approached me about a new advertising collaboration.  Shadoe’s task 25 years later was to sell a wheelchair.  What?  A wheelchair? 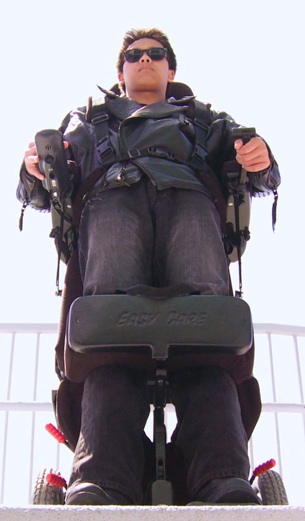 Oh, but this isn’t just a wheelchair, the Standing Powerchair is an affordable way to bring dignity to those of us who don’t have the full use of our bodies… and Shadoe’s good friend Mark Shedlin, a victim of MS is one such person.  Mark purchased this Powerchair only to discover it was not well-known by doctors and most insurance companies.  Marks mission soon became to get the word out so more people could benefit, and he enlisted Shadoe to help him.

This time for Shadoe the commercial was personal, and once he introduced me to Mark it became personal for me too.  So of course leave it to Shadoe to wildly entertain while getting his message across.  Once again he smashes the traditional and we created this ad…