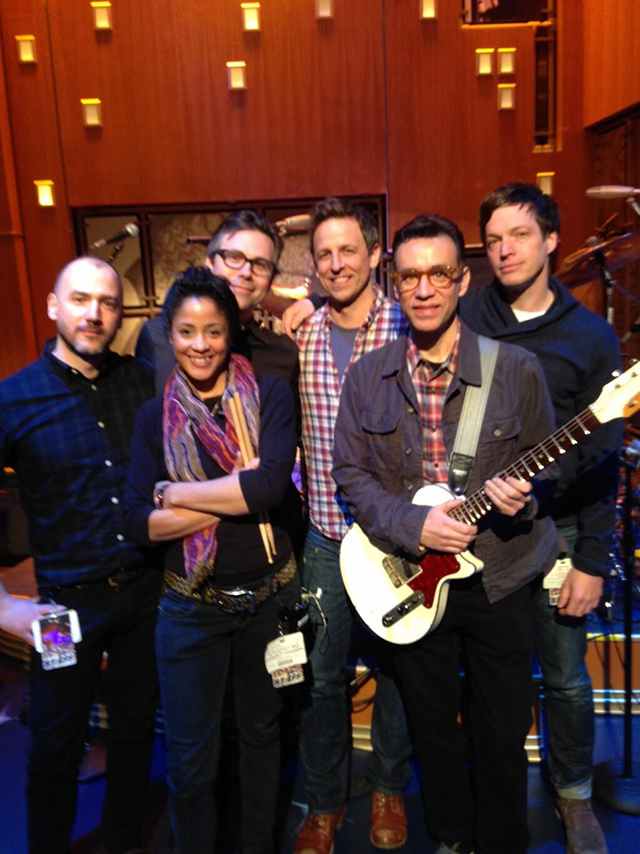 Seth Meyers revealed on Twitter that Saturday Night Live alumni and Portlandia co-creator Fred Armisen will “lead and curate” his Late Night 8G band (“even when he’s off shooting Portlandia”). Fred is best known for his comedic work, but is also strong on drums and guitar. Seth will officially take over for Jimmy Fallon on Late Night starting February, 24th, 2014.

Here’s drum-off between Fred and Questlove on Late Night with Jimmy Fallon.

Fred will curate and lead the band, and continue to run it even when he's off shooting Portlandia. #8GBand