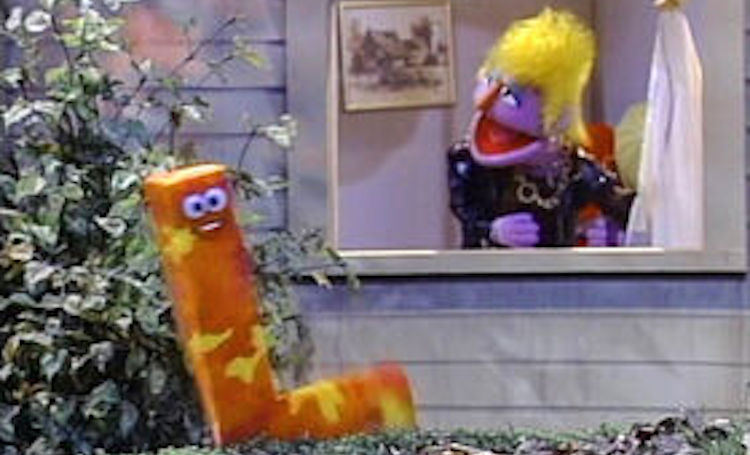 In a wonderfully nostalgic clip from a 1985 episode of Sesame Street, a Billy Idol lookalike Muppet named Billy Idle croons out his window to a rebellious letter L who is protesting with words that start with itself outside. The song, entitled “Rebel L”, is a direct nod to Idol’s 1983 hit “Rebel Yell”.

Rebel L” is a Sesame Street parody of the Billy Idol song, “Rebel Yell”, sung by Billy Idle, the rebel L, and a police officer. The Rebel L makes a loud “luh-luh-luh” noise and protests outside of Billy Idle’s house at night.