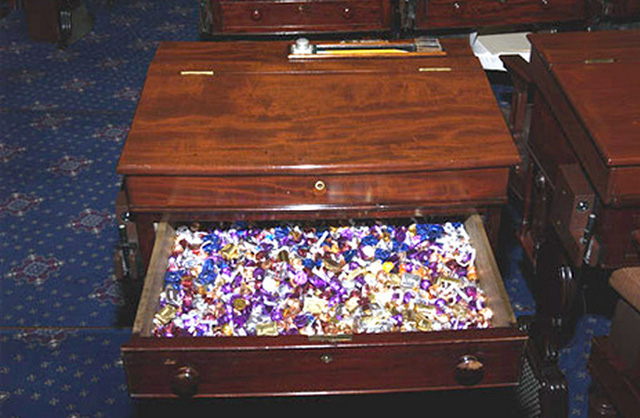 Since 1965, there has been a tradition of Republicans keeping a desk full of candy in the Senate Chamber. It is currently located at the back area of the Senate’s Republican side, close to its busiest entrance. Senator George Murphy (R-CA) began filling the ‘Candy Desk’ with sweets in the late 1960s and over the years several senators have made sure this popular piece of furniture is kept well-stocked. Most recently, Senator Mark Kirk (R-IL) volunteered to fill it and to help promote the Illinois candy trade, he stocks it with candy made in that state such as Mars, Milky Way and Snickers bars. Kirk, a junior senator, also sits at the historic desk. Read more about the Candy Desk and its fascinating history (including info about a version of the desk that the Democrats keep) at Wikipedia. 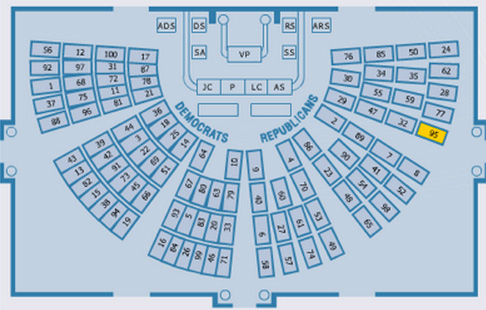 The Candy Desk is currently located at #95, in yellow.