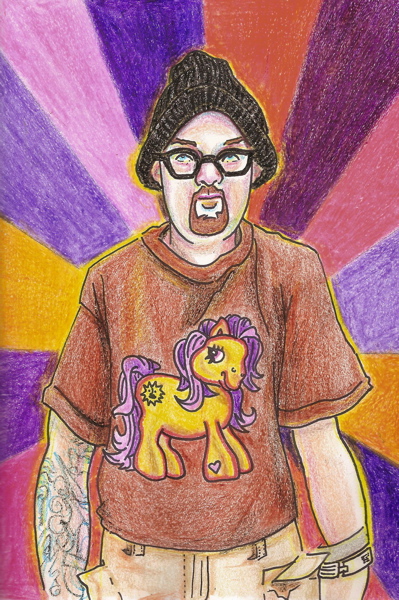 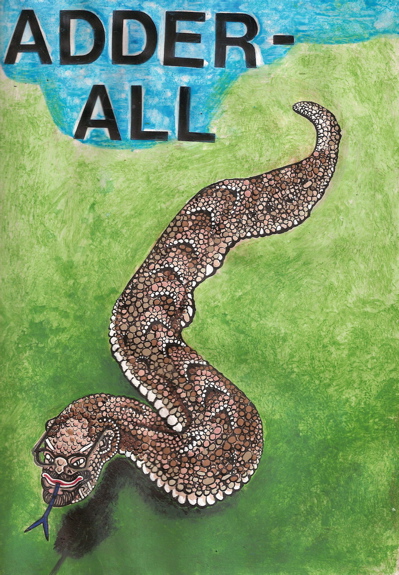 Bryan Lewis Saunders, a poet and performance artist, created a series of self-portraits while under the influence of various drugs. The resulting drawings are often impressive and sometimes insightful in how particular drugs can affect one’s mind.

After experiencing drastic changes in my environment, I looked for other experiences that might profoundly affect my perception of the self. So I devised another experiment where everyday I took a different drug and drew myself under the influence. Within weeks I became lethargic and suffered mild brain damage. I am still conducting this experiment but over greater lapses of time. I only take drugs that are given to me.

Even more impressive, is that Saunders has been doing a self-portrait of himself every day since March 30th, 1995.

At present I have over 7,900 of them. Like fingerprints, snowflakes and DNA they are all different, no two are the same. For hundreds of years, artists have been putting themselves into representations of the world around them. I am doing the exact opposite. I put the world around me into representations of myself as I find this more true to my Central Nervous System. All Self-Portraits are size 8 1/2″ x 11″ and in hardbound books.

Dinosaurcity interviewed Saunders about his project earlier this week and asked him how he started doing self-portraits while on drugs.

While Brandon and I were hiking one day he asked me, “Whatever happened with that documentary you were going to make with the veterans and the loonies?”

And I told him how everything had happened so fast with the tragedies and how I thought the people would be really interesting to document, but in fact they were all on drugs, suffering in solitude, some too obese to physically leave their apartment, and for many it was all they could do to get out of their recliners 3 times a day. And I told him how when I first moved in, a paraplegic in a wheelchair showed me an encyclopedia of pills and said he could find at least one of every kind of pill in that book in the building and that book was huge!

When Brandon and I got to NY, I unknowingly became very dehydrated and started hallucinating and had a psychotic break and ditched him at a monastery because I thought he was trying to poison me. I took the greyhound straight back to Tennessee where I had an epiphany. I thought not only am I going to draw myself everyday, I’m going to do a different drug everyday, after all there was one of everything in the building…

And that was when I officially started the project.

The entire interview is a pretty fascinating read and an interesting look into the mind of great artist.

via The Daily Dish