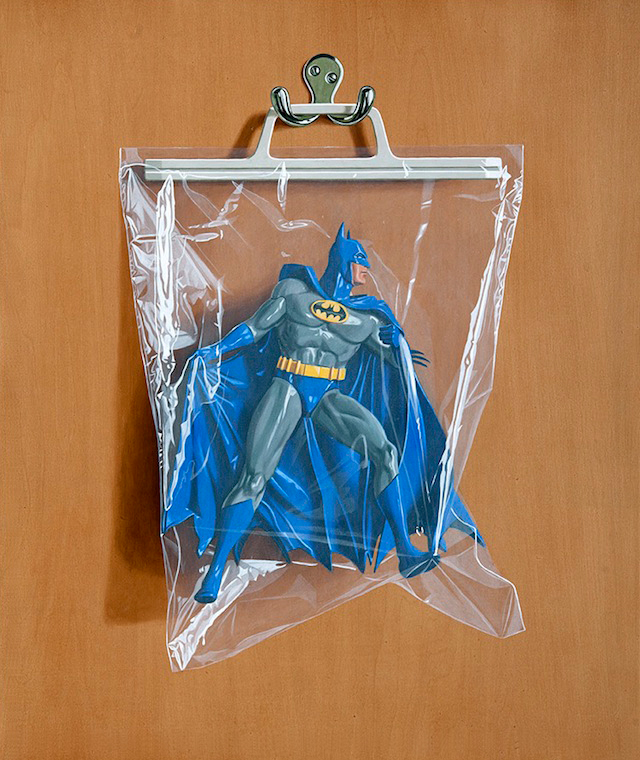 With the new addition of Bruce Wayne (Batman) and Tim Drake (Robin), Simon’s series has gone on display at the Gewerbemuseum for their Oh, Plastiksack! exhibit in Winterthur, Switzerland until Sunday October, 7 2012.

Placed in carrier bags and hung on a hook in a domestic space they become recently purchased objects, robbed of their enormous power they wield in their narratives, their dynamic energy stymied. 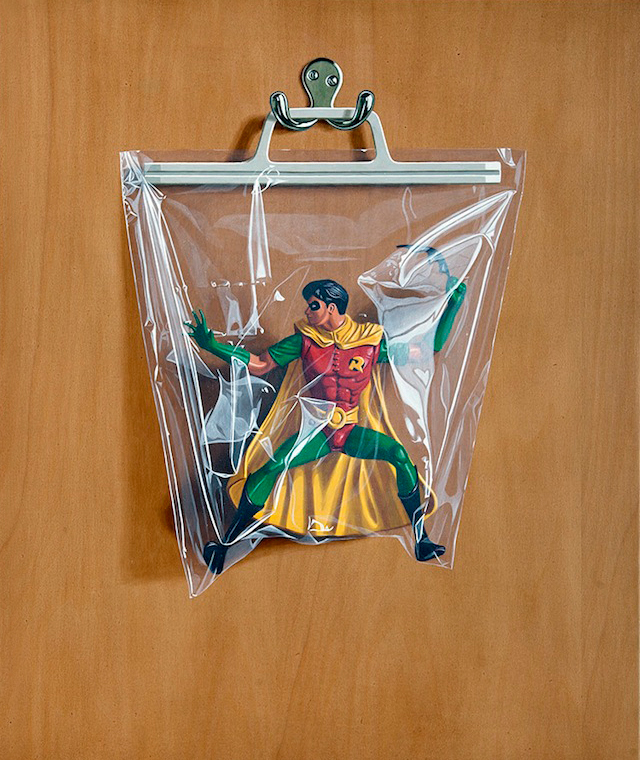 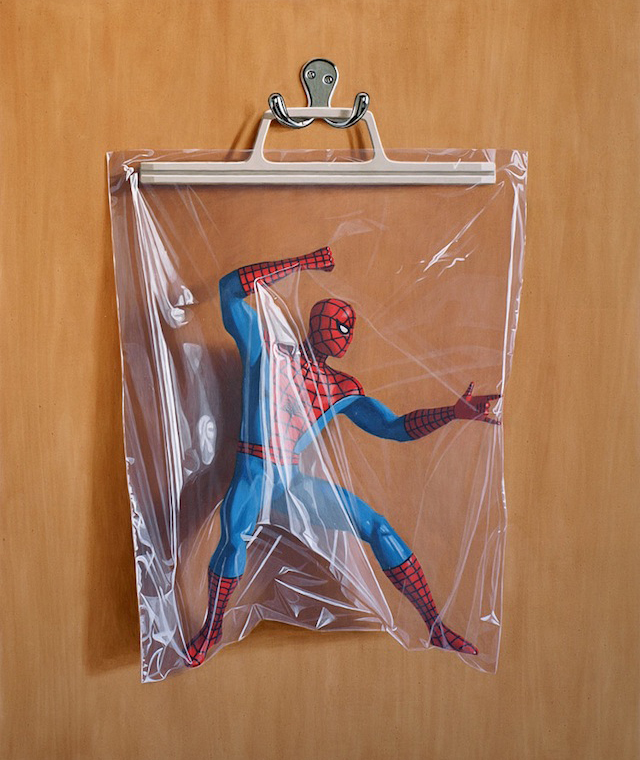 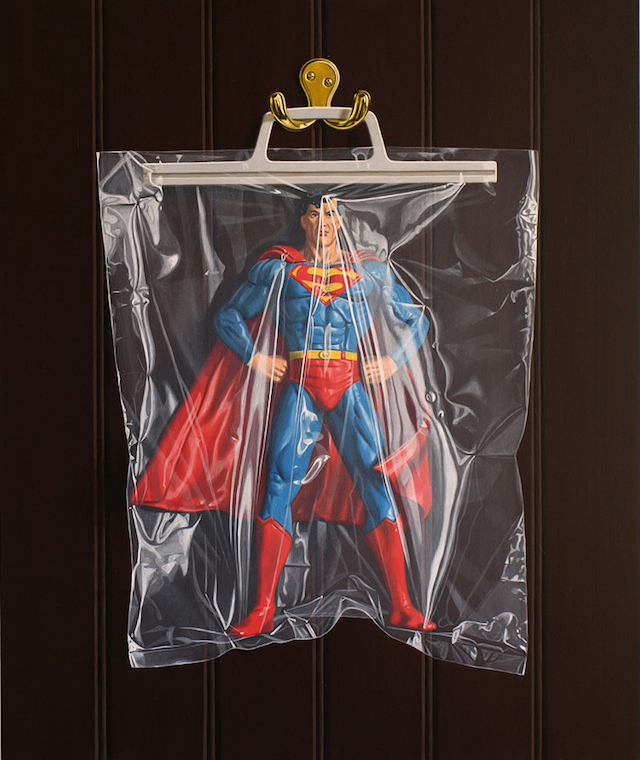 images via My Modern Metropolis