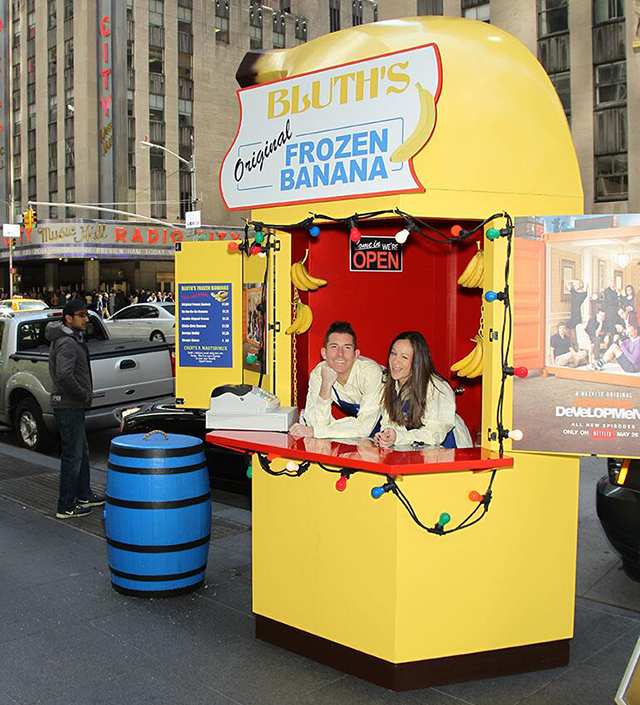 As a promo for the upcoming fourth season of Arrested Development, Netflix has set up an international tour for operational Bluth’s Original Frozen Banana Stands, a shady family owned banana stand started by George Bluth in 1953 that “gets destroyed and rebuilt several times” throughout the TV series. Seamless.com is helping to celebrate a new banana stand opening up next to Radio City Music Hall in New York City by releasing a fake online menu full of funny Arrested Development themed foods. 15 new episodes of Arrested Development will be coming to Netflix on May 26, 2013. If you missed it, we recently wrote about the new season 4 teaser trailer.

Here is a small portion of the fake menu from Seamless.com: 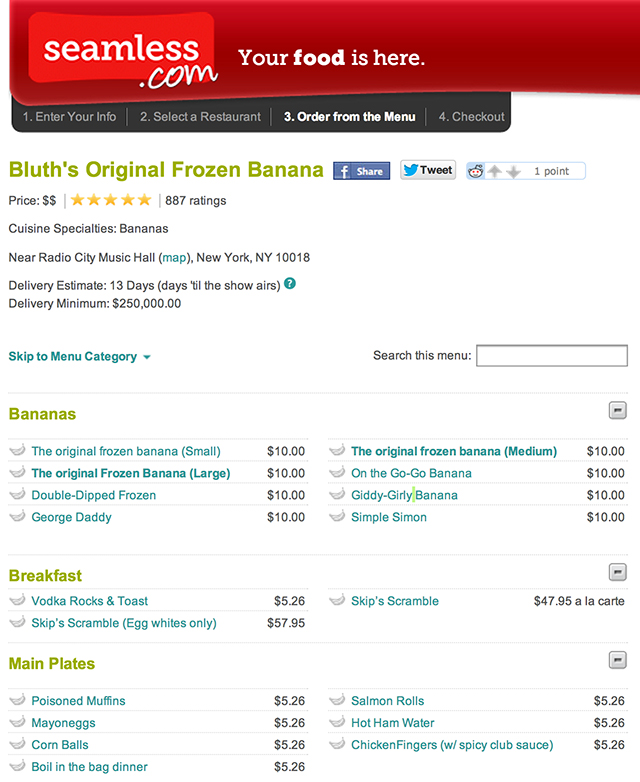 Today on #ADWorldTour, have your banana and eat it too at the banana stand diagonal to Radio City Music Hall 11am-6pm twitter.com/arresteddev/st…