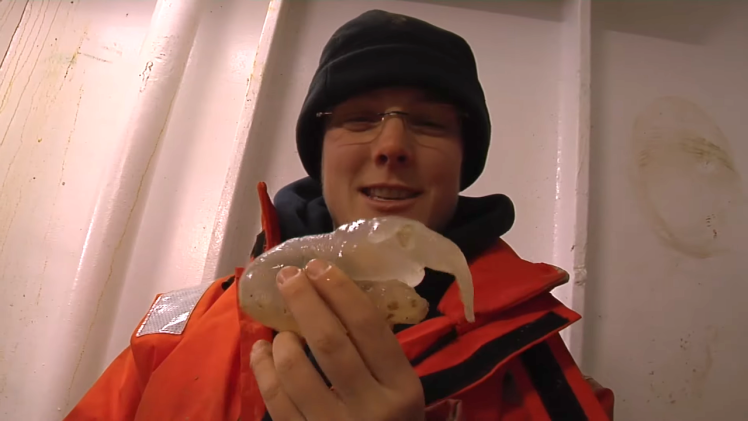 In 2015, the NZNIWA RV Tangaroa set sail out of Wellington, New Zealand on her way to Terra Nova Bay, Antarctica. Aboard this ice strengthened, deep water vessel was a team of scientists from both New Zealand and Australia who were studying the resident aquatic life in each section of their journey.

The vessel first heads to the Balleny Islands to conduct the humpback whale research. These islands are known as a feeding hotspot for humpbacks but little is known about what the whales eat. From there the scientists will turn their attention to the blue whale research. A row of sonar buoys will be dropped into the ocean which can detect the sounds the whales make from more than 100km away, enabling the scientists to pinpoint their position. Tangaroa then heads into the Ross Sea to one of the main toothfish fishing grounds to study icefish and grenadiers. …Tangaroa continues to Terra Nova Bay to install an echosounder mooring under the water. Large concentrations of Antarctic silverfish larvae are present in Terra Nova Bay.

While examining their trawl bounty on each stop, the scientists aboard discovered numerous surprising and previously unknown creatures from over 11,500 below the ice. Included amongst these mysterious creatures are a “hippopotamus sea cucumber”, a Mesopelagic fish, and a “ambush predator with a mouth of needle sharp teeth”.

These discoveries are all documented in videos from NZNIWA and in a 50 minute documentary by Tracks Travel.