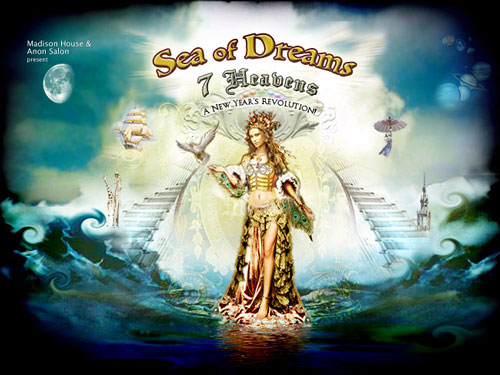 People are starting to make their New Year’s Eve plans as 2006 comes to an end and as always there’s a bunch of great stuff going on in San Francisco.

There’s Anon Salon’s spectacular event, Sea of Dreams at The Concourse, now in its 7th year.

Comedy On The Square presents Will Franken, Scot Nery and several other talented comics doing a night of New Year’s Eve Comedy at the The Actors Theatre. 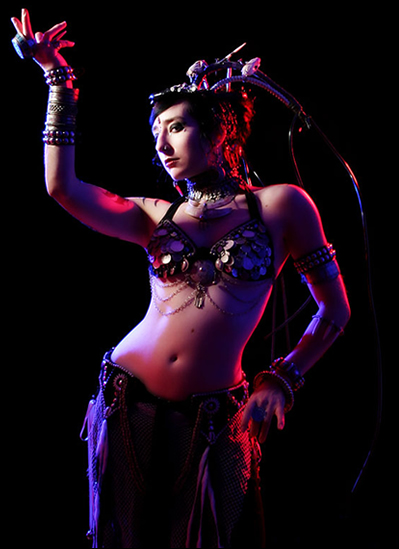 The exotic Sahara: NYE Extravaganza, a benefit for the Save the Children Fund in Darfur, is taking place at New Langton Arts.

You can Party for Peace in the New Year with CODEPINK at Zeum. 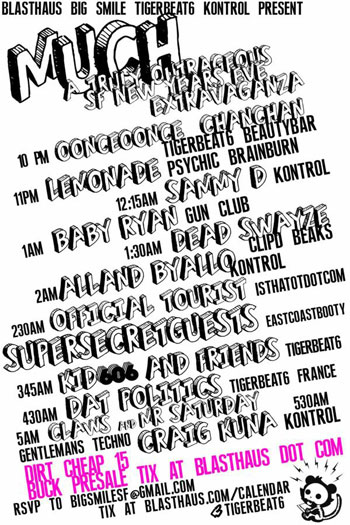 You can dance your ass off at Much: A Truly Outrageous NYE which being put on at a secret downtown location by Blasthaus, Big Smile, Tigerbeat6 and Kontrol.

Or you can be a rebel that you are and go down to Ocean Beach for the Renegade New Years Eve Gathering.

Here are some other New Year’s Eve events that were posted to The Squid List.