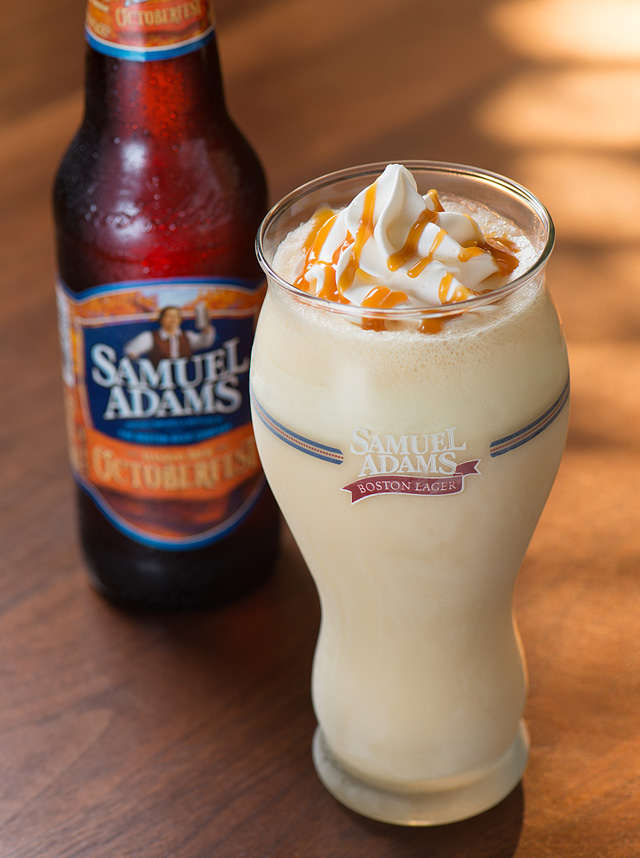 Red Robin Gourmet Burgers is prepping for Oktoberfest a little early this year with an absolutely delicious looking special beer milkshake made with Samuel Adams Octoberfest, soft serve vanilla ice cream, vanilla syrup and caramel. This milkshake combo will be available at roughly 460 Red Robin restaurant locations from now until November 11, 2012, or as long as supplies last. I’m thinking that this will go great with their new Oktoberfest Bürger and warm pretzel bites. You can read more about the limited time Samuel Adams Octoberfest Milkshake at RedRobin.com.

Our blend of creamy soft serve, Samuel Adams Octoberfest draft, vanilla and gooey caramel will make a believer out of you.

As stated by Donna Ruch, master mixologist with Red Robin:

Nothing says Oktoberfest better than a beer, so I incorporated the fun spirit of Red Robin into this innovative milkshake. Now, our guests don’t have to choose between a beer or a shake to go with their burger. They can have the very best of both in our new Octoberfest Milkshake.

And to wash that Oktoberfest Bürger down…. we've got a Sam Adams Octoberfest Milkshake!  http://t.co/AiZZpoiz