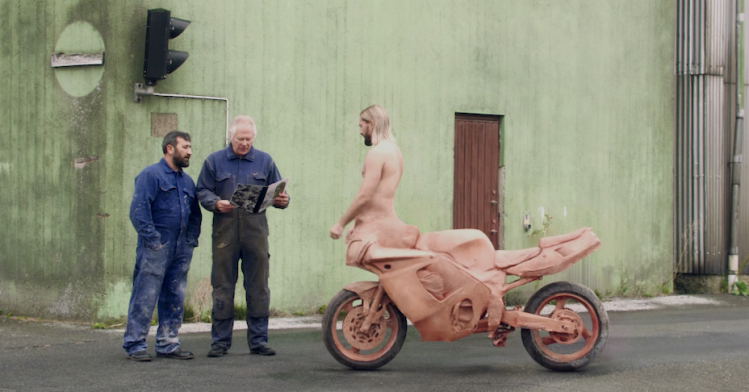 The wonderfully surreal music video for the Salvatore Ganacci song “Boycycle”, directed by Vedran Rupic, features the performer as a naked Centaur-like creature who is half-man, half-motorcycle. He is found by a kind man who takes him in and raises him. This “Boycycle” is beloved by his adopted father but is considered a freak to everyone else. When he finds a chance at love, he takes it.

Boycycle video out now on youtube, internet, myspace and other platforms.

My featuring on #boycycle ?????? with the great @salvatoreganacci is out !!! ???Go check the fantastic video on YouTube??link in bio ??Ride on!!!????????Big Thanks to @salvatoreganacci @skrillex Pedro via @edbanger and @recordmakers for making this happen ????also @nitnitnitnitnitnit and @studio_cbe ?Best Team ??????

The “Boycycle” is very similar to the Progressive Motaur, a clothed half-man, half motorcycle.