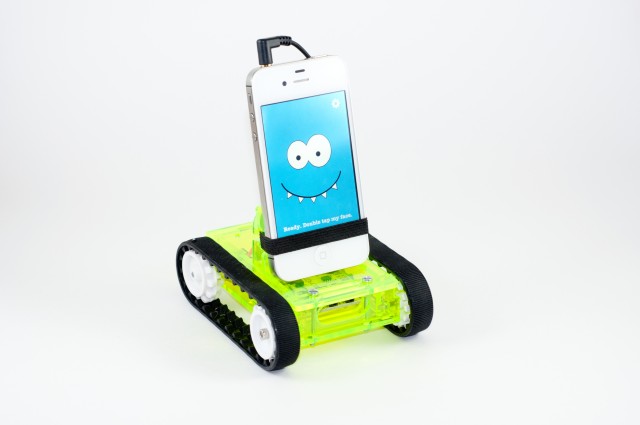 Romo is a small tracked robot that is controlled by any iOS or Android mobile device (video). The mobile device serves as the brain and face of the robot, and apps can be downloaded to change the robot’s behavior. Romo’s software platform is open source for easy tinkering. Romo was created by Romotive in Las Vegas.

As kids, we grew up watching Star Wars, Transformers, and Wall-E. We loved robots and wanted them in our lives. Unfortunately, robots today suck. They are either million dollar tech showpieces or cheap toys. That’s why we built Romo. He’s a robot that uses your smartphone for his brain. Because Romo leverages the power of a smartphone’s processors and sensors, he’s affordable, extensible, and a super fast learner. Order a robot and get to know Romo today! 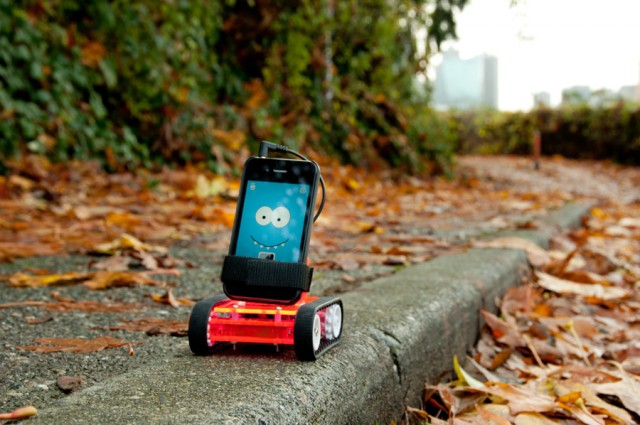