The BionicFlyingFox is an ultra-lightweight robotic flying fox bat, brought to life by developers from the Bionic Learning Network at Festo. It is capable of soaring through the sky “semi-autonomously in a defined airspace.” We previously wrote about Festo’s flic-flac spider and octopus gripper robots.

With a wingspan of 228 cm and a body length of 87 cm, the artificial flying fox weighs just 580 g. Like the natural flying fox, its wing kinematics are also divided into primaries and secondaries and covered with an elastic membrane, which continues from the wings down to the feet. This makes its wing area relatively large, allowing a low area loading. As with the biological model, all the articulation points are on one plane, meaning that the BionicFlyingFox can control and fold its wings together individually. (read more) 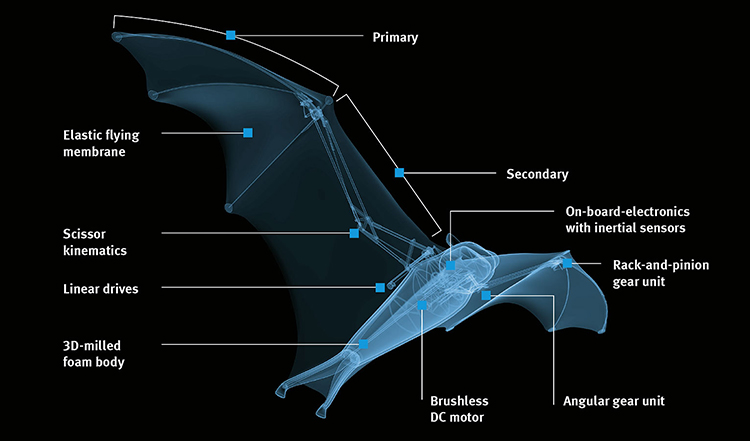 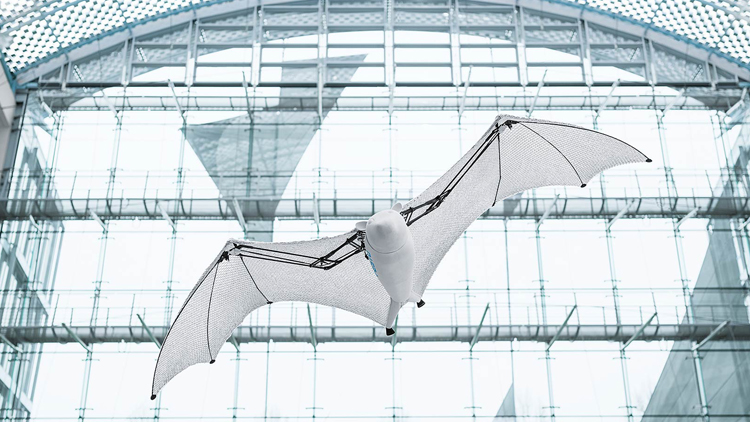