In early January 2014, three infant cougar cubs were brought to the Oregon Zoo’s Veterinary Medical Care Center when their mother was killed by a hunter.

When the cubs arrived at the zoo Jan. 10 — dehydrated, hungry and scared — they weighed just a couple pounds each, had yet to cut their teeth, and their eyes were still cloudy blue and unable to focus. Zoo vet staff and keepers took shifts to make sure the little ones received around-the-clock care with feedings every four hours.

After six weeks of care under the watchful eye of zoo keeper Michelle Schireman, the cubs are now ready to travel to their permanent home in North Carolina in early March 2014.

All three cubs will be moving to the North Carolina Zoo in Asheboro, N.C., bringing some youthful energy to that zoo’s Cypress Swamp habitat, which until recently had housed two geriatric cougars; both died earlier this year. 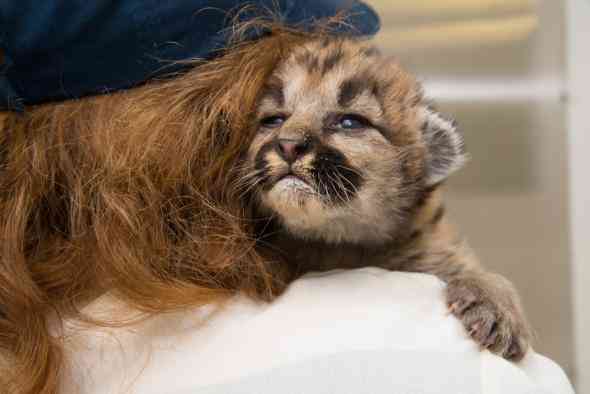