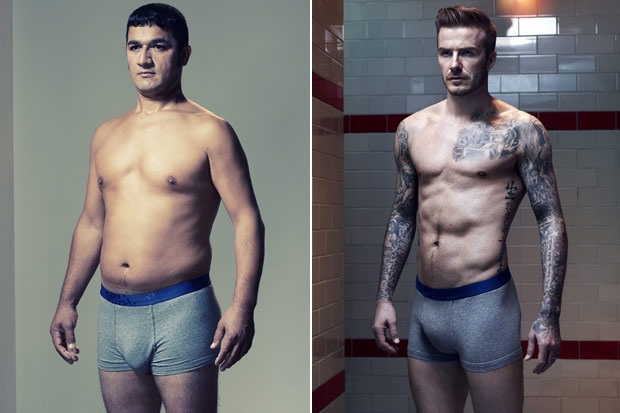 The Sun asked four regular blokes to pose in designer underwear as if they were male models. Each “ordinary” man posed like the original ad’s famous model and then the photos were shown side-by-side. 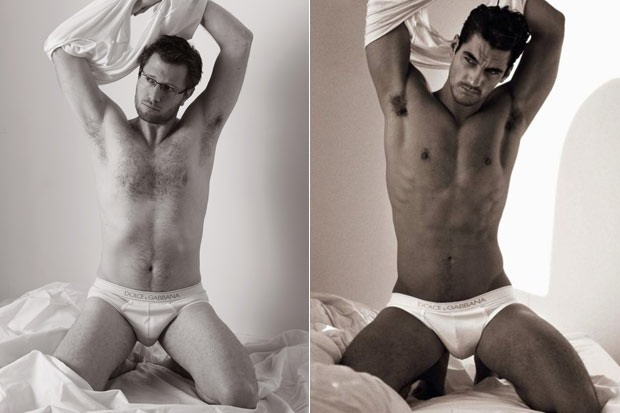 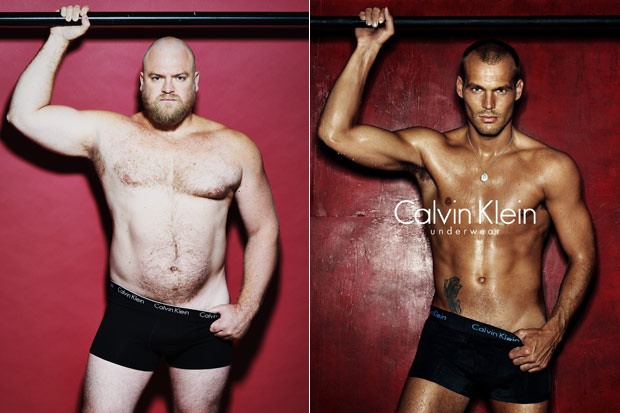 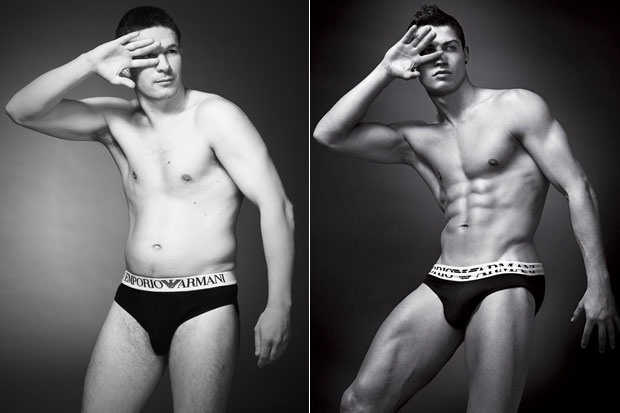 photos by Stewart Williams via Queerty