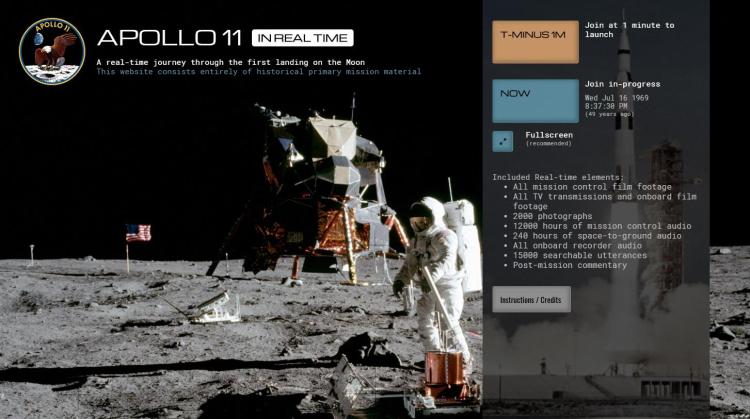 In honor of the 50th Anniversary of the first moon landing, a dedicated team at NASA that includes software engineer and historian Ben Feist spent the better part of the last two years recreating the iconic Apollo 11 mission as it happened in real time in 1969. The incredible result, aptly entitled Apollo 11 in Real Time, uses historical flight data such as Mission Control audio and video footage, television reports, photographs, communication to ground, the onboard recorder along with other timely material, to create an incredible trip to the moon for anyone who wants to go at any time they want.

The website lets the viewer join a mission already playing or start one minute before launch. From there, the viewer can customize an experience for themselves.

Upon starting the application, select whether to begin one minute before launch or click “Now” to drop in exactly 50 years ago, to-the-second during the anniversary. Navigate to any moment of the mission using the time navigator at the top of the screen. The top bar is the entire mission with two bars below it providing magnification. Selecting transcript items, photos, commentary items, or guided tour moments, also jumps the mission time to the moment they occurred. 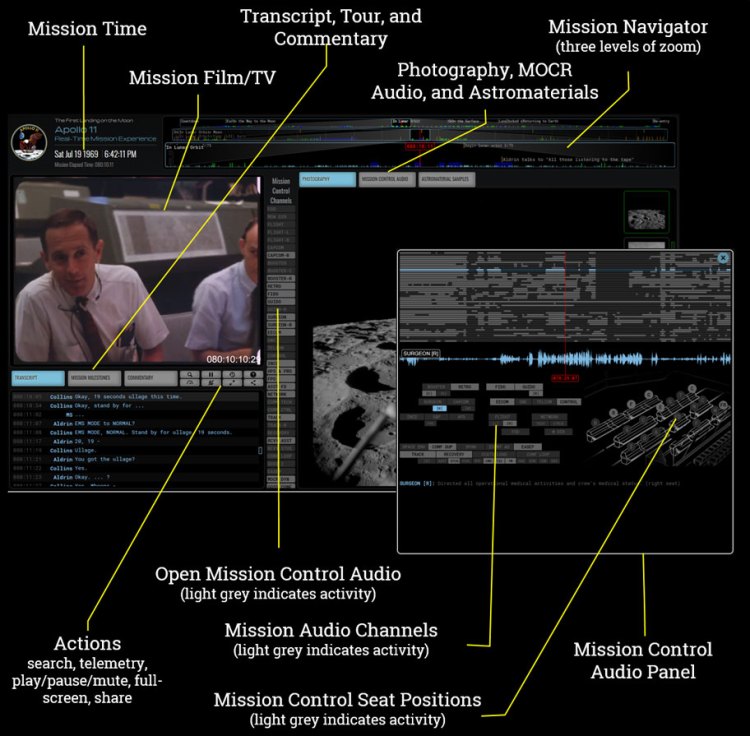 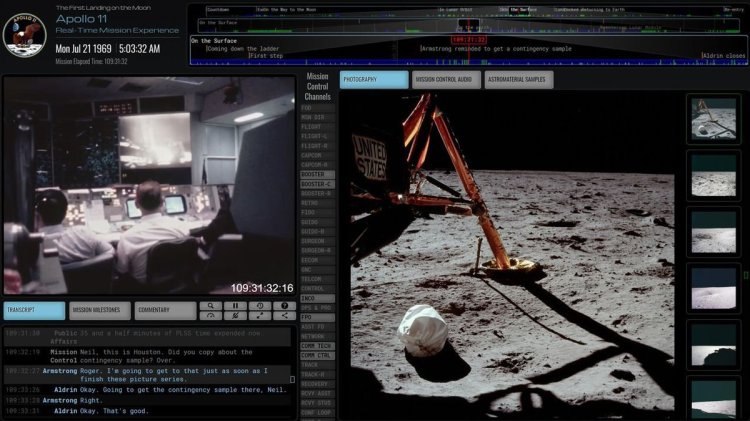 Apollo 11 in Real Time is live! Relive the first landing on the Moon for #Apollo50th

When was this amazing picture of Earth and the Lunar Module "Eagle" taken during the Apollo 11 mission? See it in context at Apollo 11 in Real-time. Go right to the time this picture was taken right here: https://t.co/GcowCfV03M #Apollo50th pic.twitter.com/Z3frSyAXVM