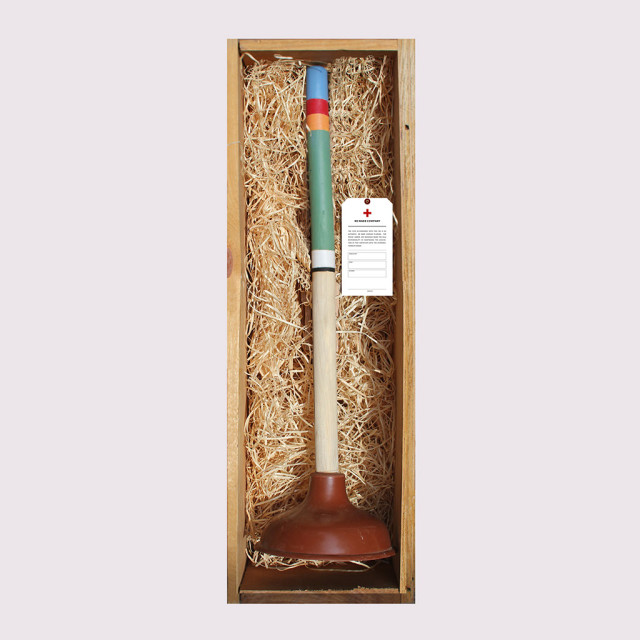 The Re Made Company of New York City offers finely crafted, hand-painted artisan toilet plungers—perfect for the discerning toilet enthusiast. Its flagship product is the American Master Plunger, crafted by America’s oldest plunger maker and featuring a selection of heritage woods and iconic colors. Re Made Company is in reality a fairly close parody of Best Made Company, a purveyor of artisan axes and other products for the high fashion woodsman.

A Re Made plunger is a tool for survival and productivity and at its heart it’s a symbol of many admirable virtues. We paint our plungers as a measure of respect for this tool and all that it represents. The tradition of adorning tools is a long and storied one, upon which we are proud to have cast a bold and fresh coat of paint. By Spring 2010 Re Made limited edition plungers were featured prominently in an exhibit at the Saatchi Gallery in London and in magazines and newspapers the world over. 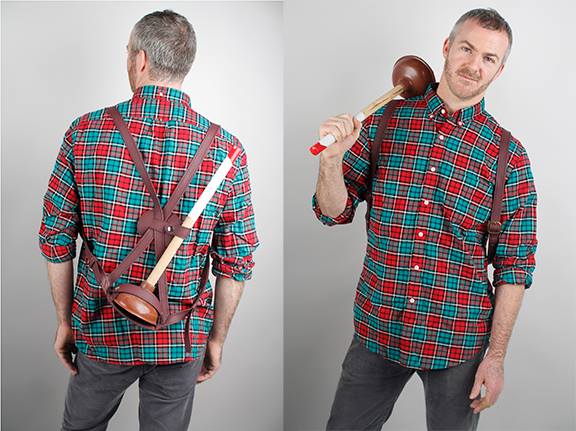 photos and video via Re Made Company