For its ‘A Long Day of Childhood’ campaign, Ragú brand pasta sauce launched a humorous series of TV commercials during the 2012 Olympics. In the debut commercial titled Parent’s Bedroom, a stunned boy is rewarded with a pasta dinner (as the ad’s young country-esque jingle explains ‘because he’s been through enough’) after accidentally crashing his parent’s private bedroom ‘party’.

In the second less-shocking one titled Cheek, a different boy gets his special pasta dinner after enduring his mother wiping spit on his face to clean it. The third and fourth ones, Participation Award and Sleepover, delve into other uncomfortable childhood moments but are certainly not as surprising as Parent’s Bedroom. 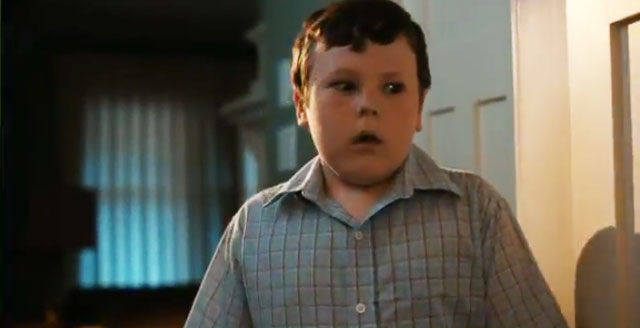