A beautiful Rottweiler named Brutus who had all four paws cruelly and crudely amputated after being left out in the snow when he was a puppy, was recently given a new lease on life when a Loveland, Colorado rescue group removed him from the breeders and found him a new home. Wanting to give him a better life, Brutus’ new humans raised more than enough money through GoFundMe to buy him a set of prosthetic feet from OrthoPets. After undergoing surgery to remove “bone fragments, dew claws, and two toes left from the botched amputation” at the James L. Voss Veterinary Teaching Hospital at Colorado State University, Brutus has been working with trainers to get used to his brand new feet.

OrthoPets veterinarians learned that both of Brutus’ wrist joints had collapsed. “It’s similar to a human rolling his ankle completely to the side, left grossly unstable,” Kaufmann said, noting that the dog also has a troublesome callus that makes movement difficult. “Brutus figured out a way to walk like this for two years.” The unique prosthetics have three purposes: to protect and make Brutus’ limbs more comfortable, to support his front collapsed legs, and to realign each leg to an equal length. 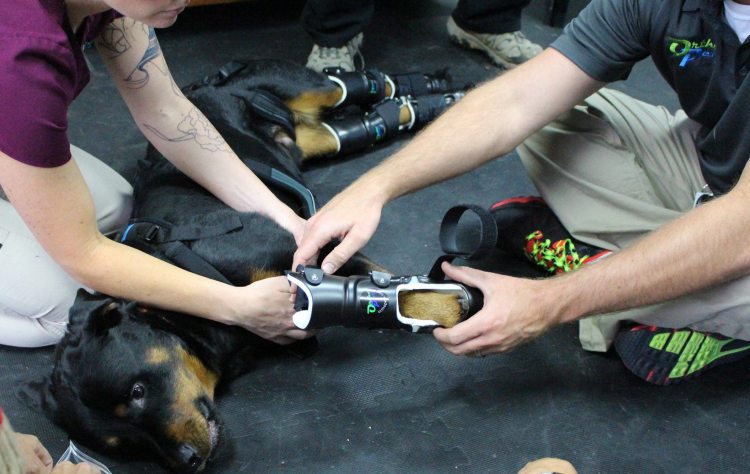 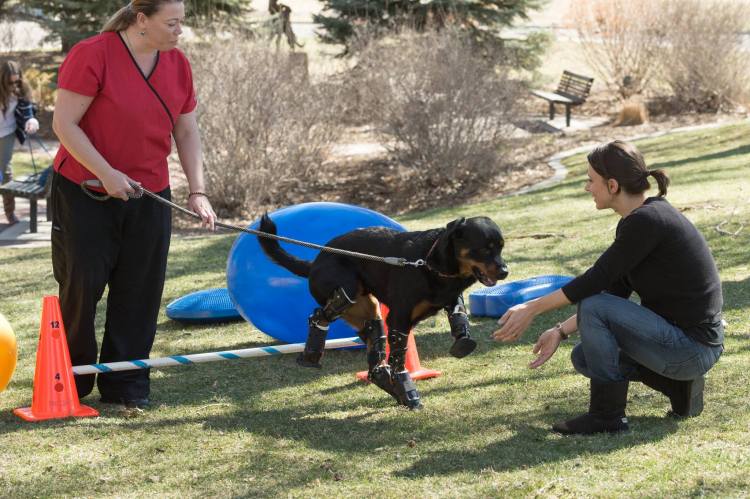 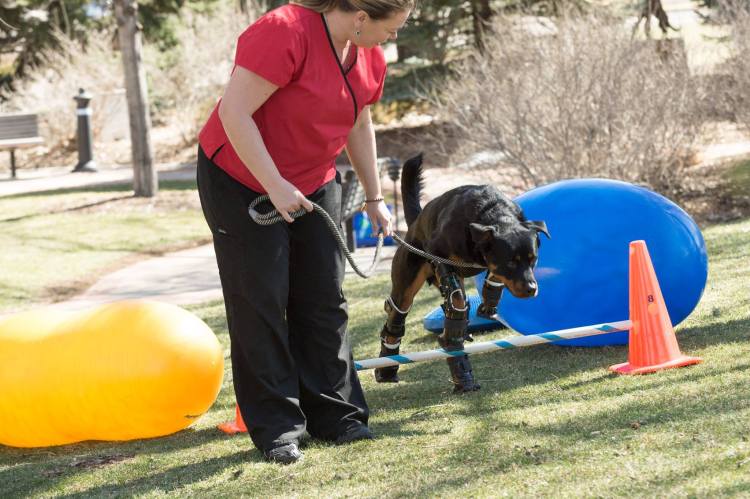 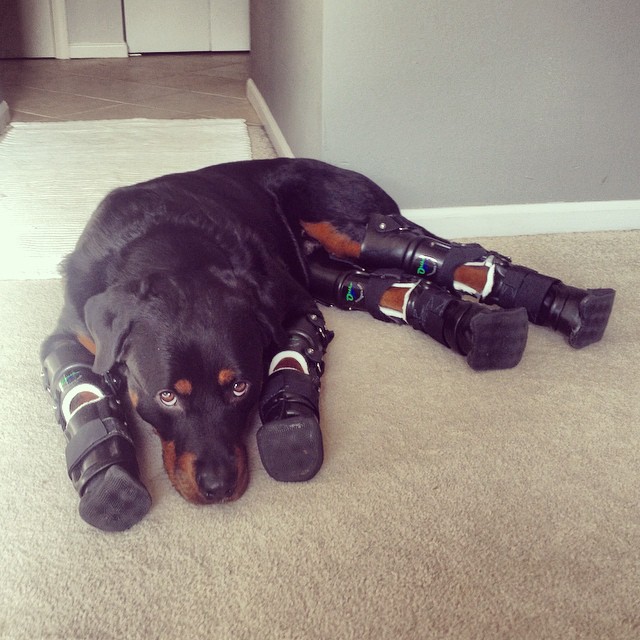 photos via Better Paws for Brutus