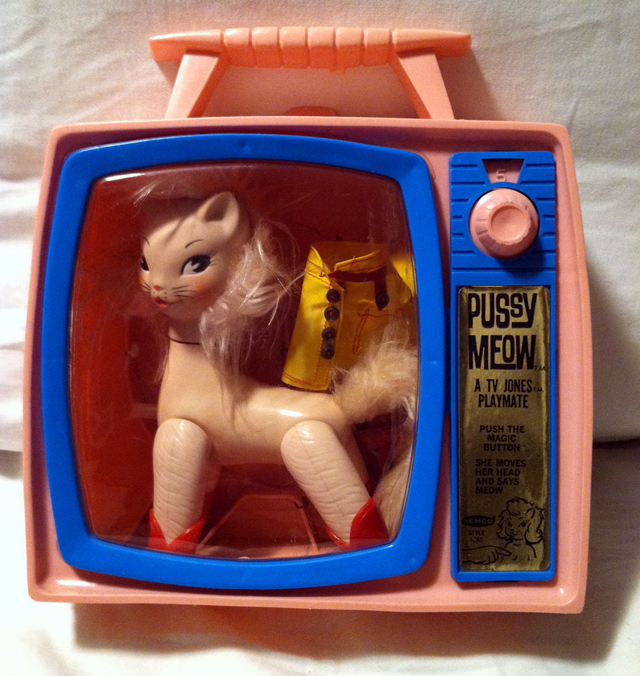 Push the Magic Button: She Moves Her Head and Says Meow

Pussy Meow is an adorable cat fashion doll created for children by Remco Industries in 1966. Ms. Meow came housed in a TV-shaped carrying case, wore stylish red cowgirl boots and was the companion to a barking poodle named TV Jones (the “lovable pup”). She came with four stylish outfits: a schoolgirl, a hullabaloo, a secret agent, and an evening gown. TV Jones and Pussy Meow had playmates named Hana Hippo, Ellie Elephant and Patsy Panda.

It’s fun to dress Pussy Meow in all her outfits! 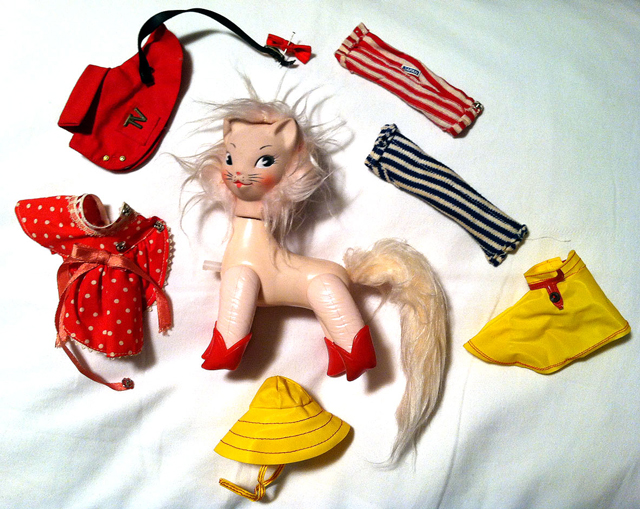 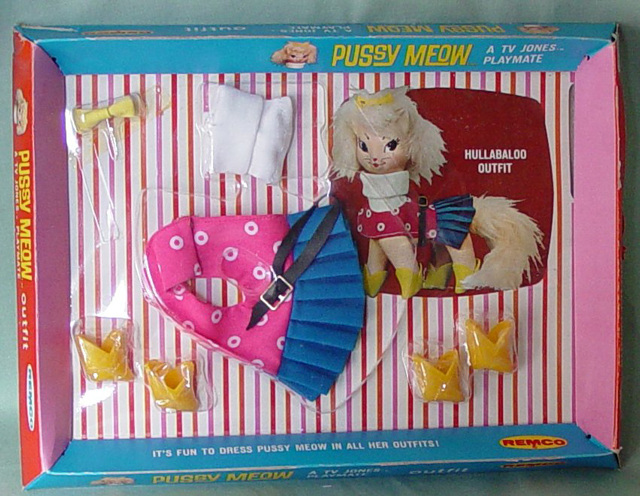 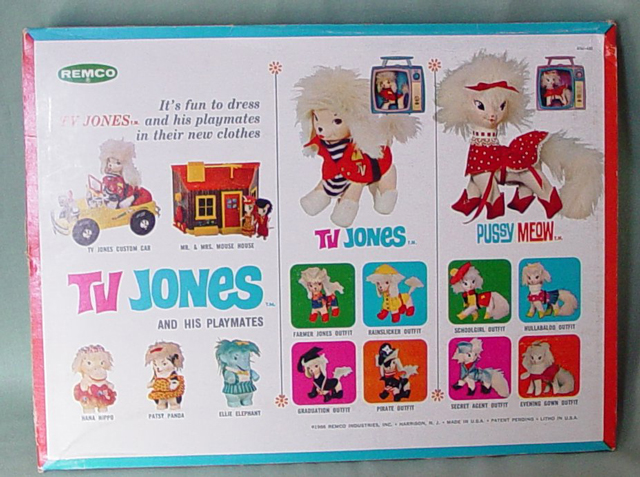