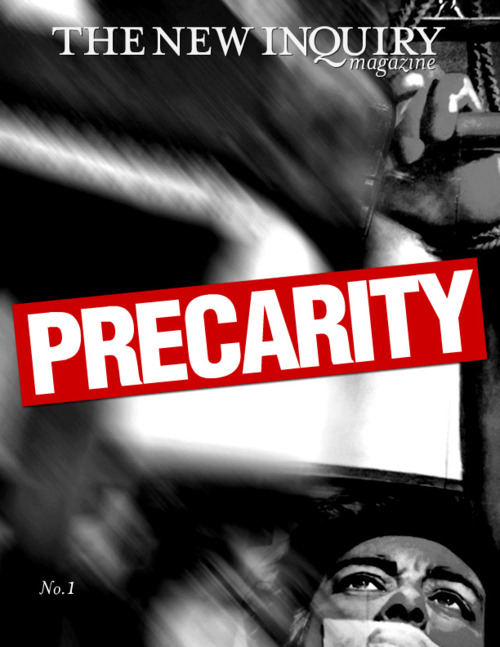 Our debut issue brings together a diversity of voices and perspectives
on the issue of precarity, complete with original design and
illustration by Imp Kerr. The contents include a dialogue between
Hannah Hart of My Drunk Kitchen and Frank Warren of PostSecret
discussing the unprecedented experience and inherent instability of
sudden, unlooked-for interent fame; essays on the plight of temps, the
exploitation of interns and the tenuous use of so-called ‘erotic
capital’ in the workplace; criticism about the precarious-economy
underpinnings for shows like Breaking Bad and Dexter and an advice
column for living in the end times with Michael Seidenberg.