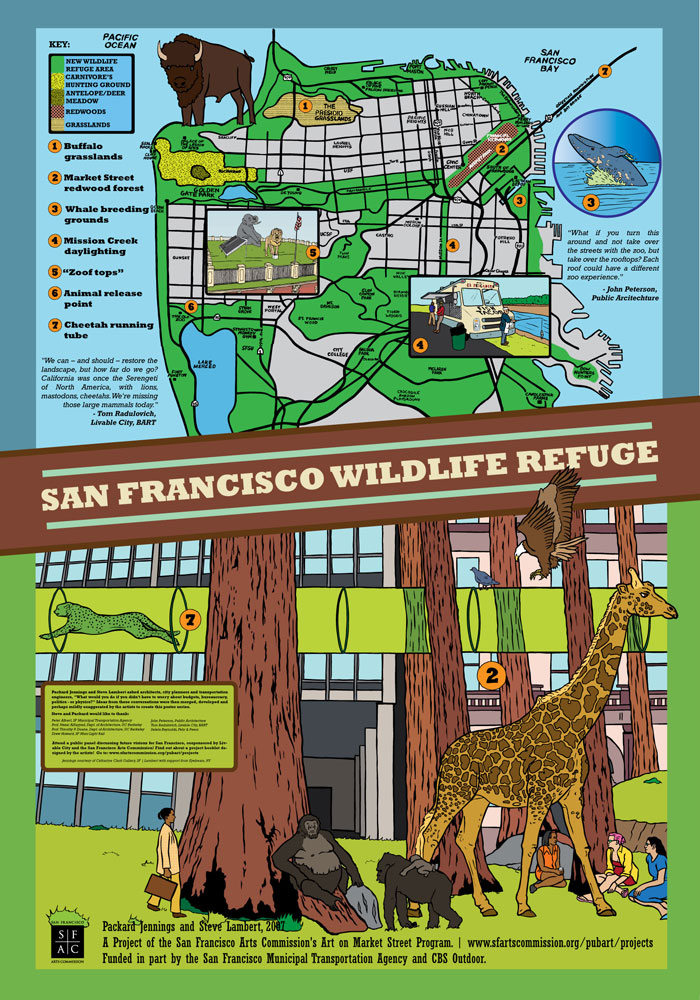 “Wish You Were Here! Postcards from our Awesome Future” is an amazing series of posters created by Packard Jennings and Steve Lambert depicting several fantastic visions of what the future of San Francisco might look like.

The concepts for the posters were based on responses from architects, city planners, and transportation engineers when they were asked “what would you do if you didnâ€™t have to worry about budgets, bureaucracy, politics, or physics?”.

The six original poster designs include a Muni of tomorrow, expansive new wildlife refuge areas throughout San Francisco, suggestions for commuter friendly activities on dedicated BART cars, a farm in the Candlestick stadium, a new individual commuter line (literally) from the top of the Ferry Building in San Francisco to Oakland, and suggestions for removing or moving unpopular buildings following a public vote. 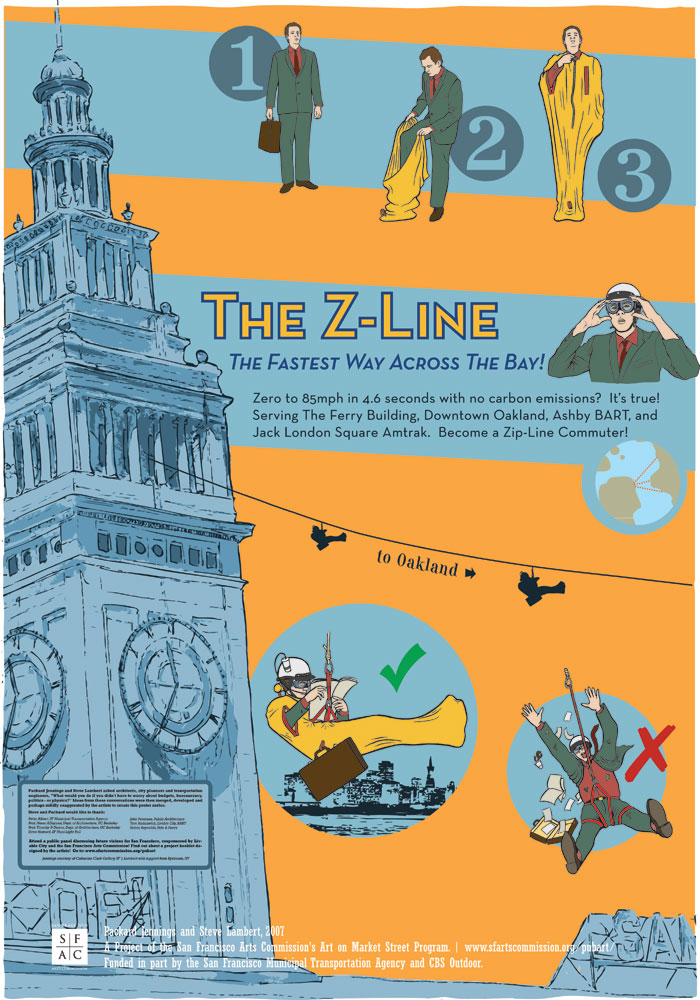 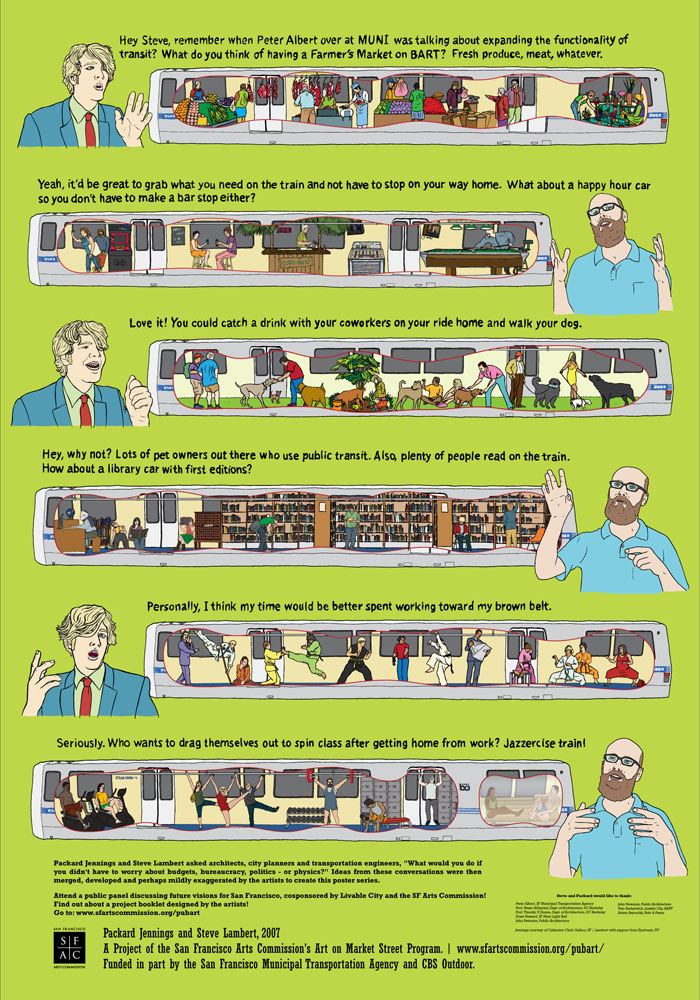