3D animator Alvaro Gracia Montoya of MetaBallStudios (previously) has created an utterly fascinating visual comparison where the moons of planets in the solar system are first juxtaposed against the soaring skyscrapers of New York City, expanding further and further until the comparison is against Earth itself.

From the smallest to the largest compared to New York City and Earth. 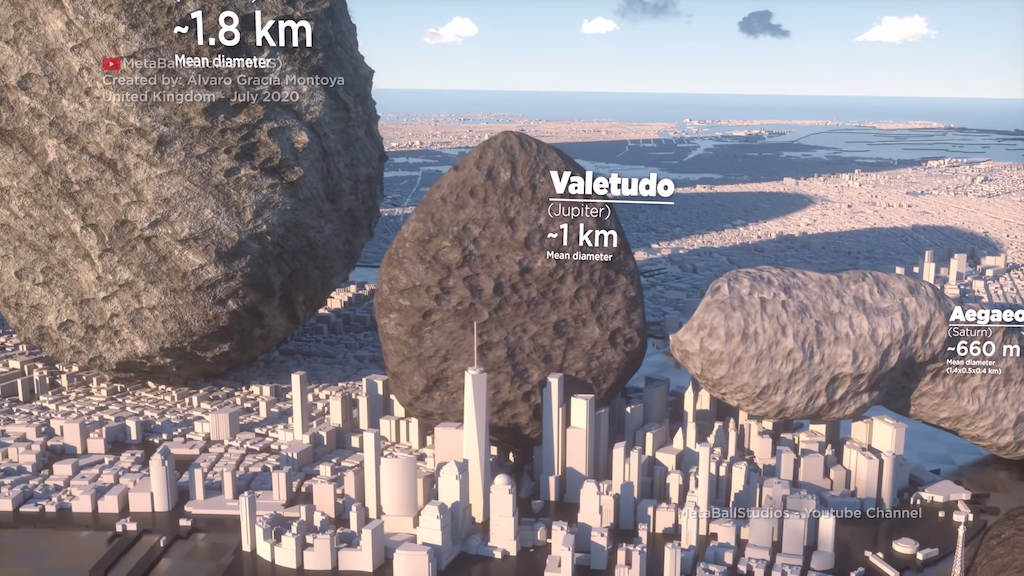 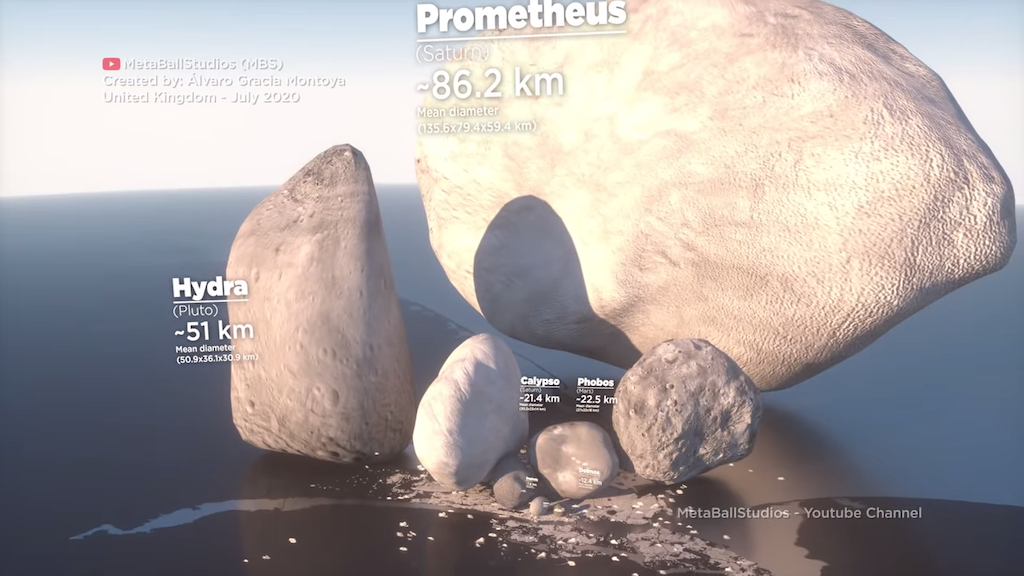 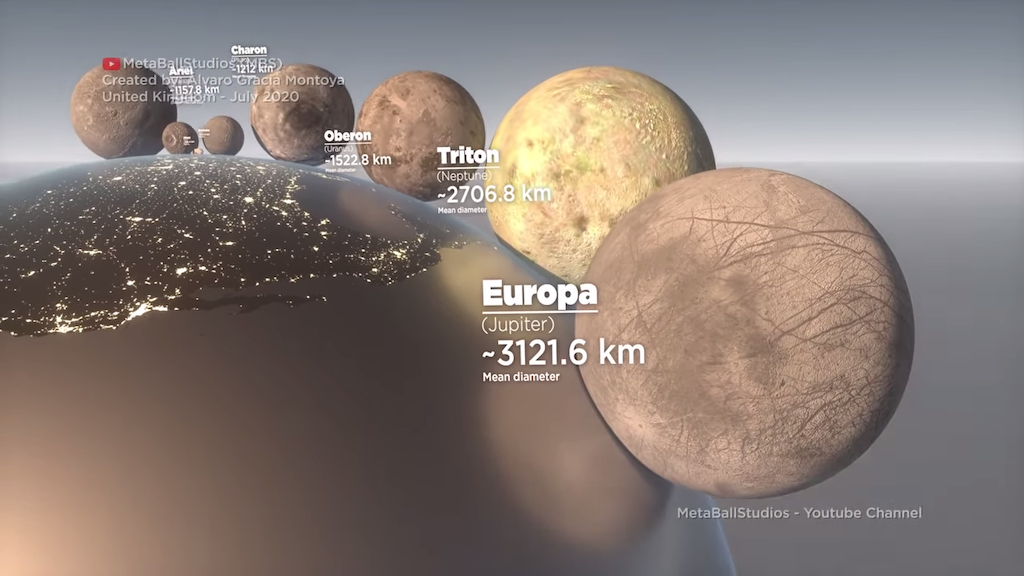 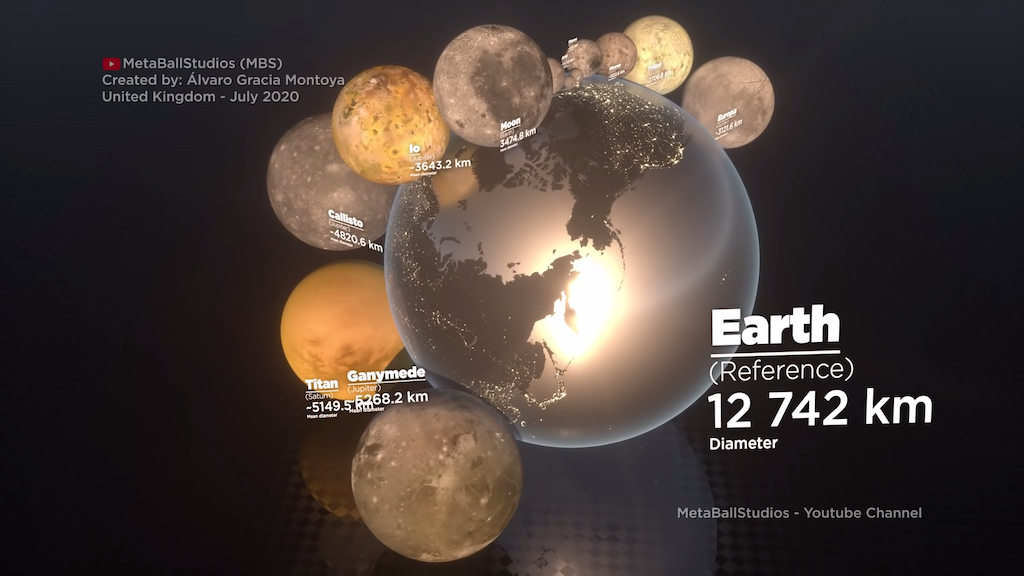