“Pickle Man” by Natasya Popov is a touching, heartfelt short documentary about former-photographer Arthur Cohen, who, after being given the devastating diagnosis of Amyotrophic Lateral Sclerosis (ALS), decided to go into business with his hobby of making pickles. He established “Pickals” so he could raise money for ALS research.

Tess, Cohen’s youngest daughter (who also produced the film), saw to her father’s every need with good humor, no matter how difficult or heartbreaking the task was. The film not only shows Cohen’s immense intellect, humor, and strength but an overall generosity of spirit amongst friends and family who step in to help when it’s needed the most.

‘Until further notice, celebrate everything.’

When Arthur, a New York-based photographer, was diagnosed with ALS in 2014, he decided to turn a pickling hobby into his legacy—PickALS. Though he was losing the ability to walk and talk, Arthur ran the non-profit Pickals, which sold his crispy, crunchy, garlicky pickles to raise money for ALS research. …All the while, he showed those around him, namely his youngest daughter, Tess, what a life well lived looked like.

Though he passed away in 2017, Cohen’s legacy lives on with Pickals. To this date, the organization has donated hundreds of thousands of dollars that go towards finding a cure and helping those who are living with the diagnosis.

Over the years, his homemade, garlicky pickles had become an obsession among his family, friends and neighbors. So when Arthur was diagnosed with ALS in 2014, selling his Pickals to raise money for an ALS cure seemed like a natural. Pickals was born. Since then, Arthur’s crunchy, small-batch pickles have raised hundreds of thousands of dollars for ALS research and patient care. Profits from every jar benefit organizations actively working on an ALS cure, as well as those helping patients and their families navigate this cruel disease. 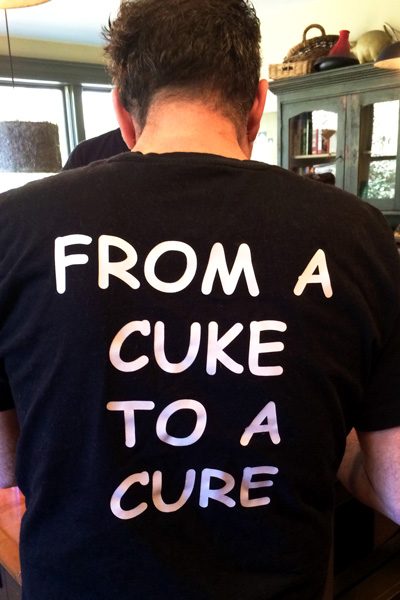