After seeing the comic, Flickr engineers built the Park or Bird? app using existing technology. National Park photos can indeed be identified easily through a photograph’s location data. Birds, on the other hand, require complex computer vision algorithms and something called a “deep convolutional neural network”, which can be read about in a Flickr blog post. 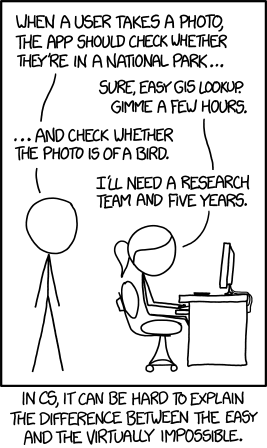