While living in San Francisco, Dan Vanderkam and Raven Keller created OldSF, a collection of photos from the San Francisco Public Library plotted onto Google Maps. Each clickable black dot on the map offers a vast amount of information about the architecture, the public transite and works-in-progress. The project came about from a mislabeled photo and a very sharp eye.

Several years ago, @danvdk searched for his cross-streets on the Library’s San Francisco Historical Photograph Collection…The image (below) was mislabeled — the intersection in the foreground is actually Waller and Fillmore, not Waller and Webster. Which meant that this photo from 1945 was taken from his roof! He put together a now-and-then shot, but it always bothered him that the mislabeling of the image was so crucial to my finding it. This led to the idea of putting the images on a map. And now, years later, we have that map!

Since relocating to New York, Vanderkam and Keller put together a very similar project in May 2015, using photos from the New York Public Library. 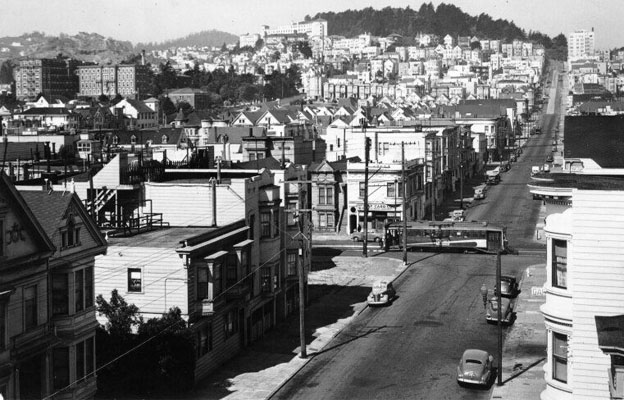 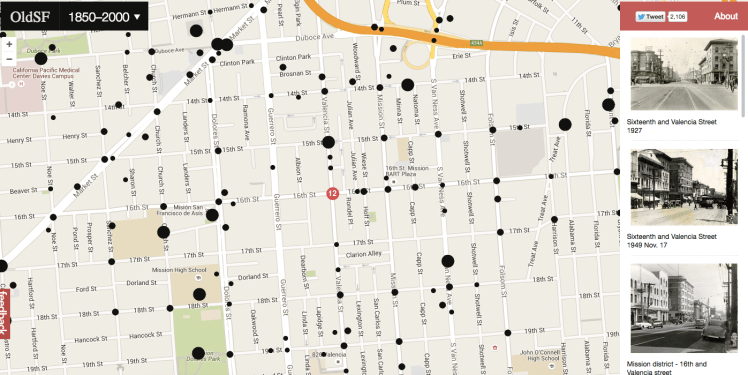 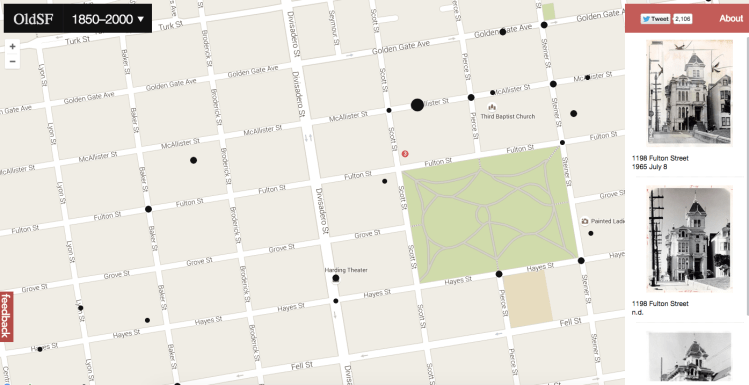 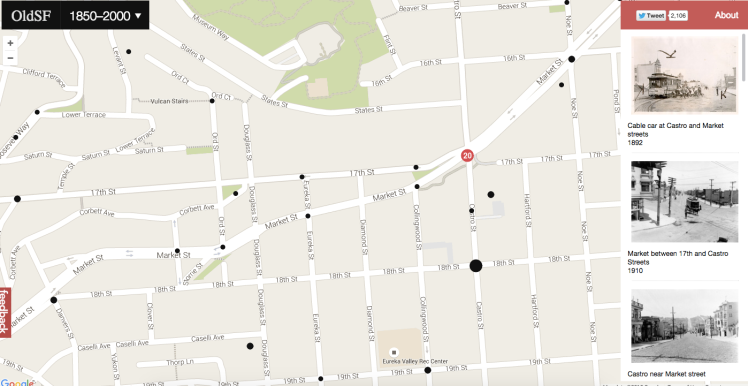 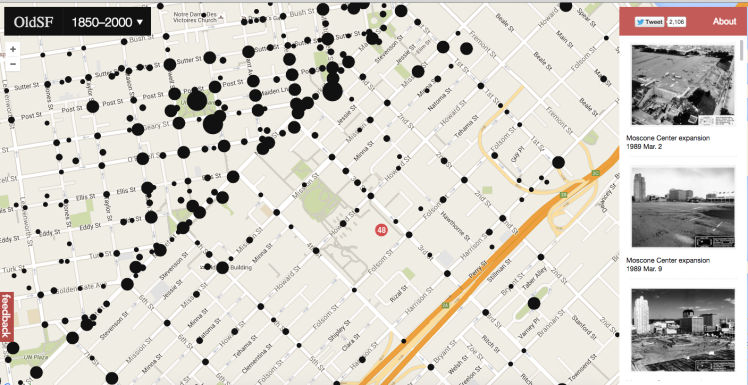