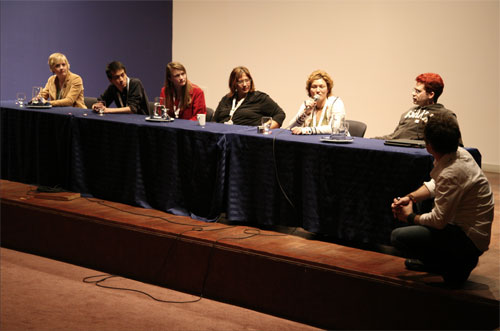 Northern Voice 2006 was a blast. Here are the photos that I shot today. Everyone’s photos can be found on Flickr. Some of the stuff I checked out today included:

– Dave Sifry of Technorati was interviewed by Tim Bray about the State of the Blogosphere. He also talked about what is being done to fight spam blogs (splogs) and mentioned a new technique used to game search engine ranking called “Google Bowling”.

– Colin Brumelle of Bryght gave a great talk on the future of online music.

Special thanks to our gracious hosts for producing such a great event.