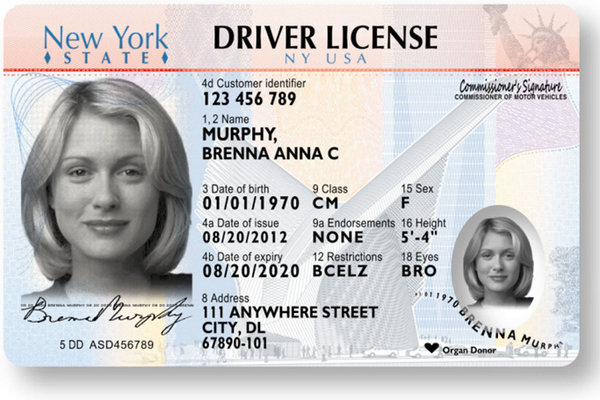 In July New York State will introduce a new driver’s license that is laser engraved rather than printed. The new production process is designed to thwart counterfeiters, who will no longer be able to fake licenses with inexpensive printing. Among the 30 or so additional security features: a see-through ghost image, micro lettering, and fused polycarbonate construction. As an added bonus, the engraved driver portrait has a retro black and white look. The New York State driver’s license will be the second state license to feature laser engraving technology (Virginia unveiled an engraved license in 2009). The US Passport Card, introduced in 2008, also uses laser engraving.

To see how the New York State driver’s license has evolved through the years, see this New York Times gallery.