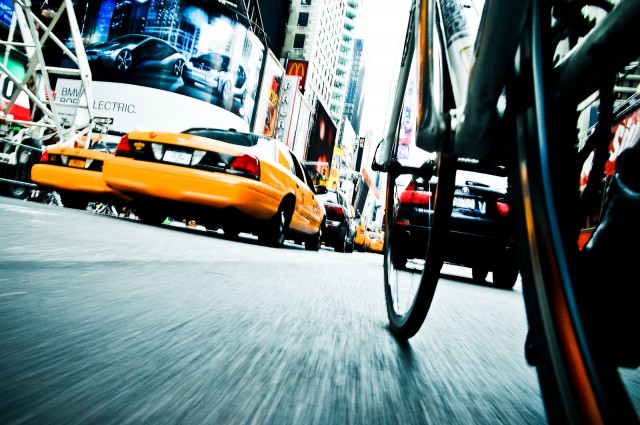 For his photo series “NYC by Bike,” photographer and avid bicyclist Tom Olesnevich captured the experience of biking through New York City by affixing a camera to his bicycle. He shot the photos during the spring of 2012. 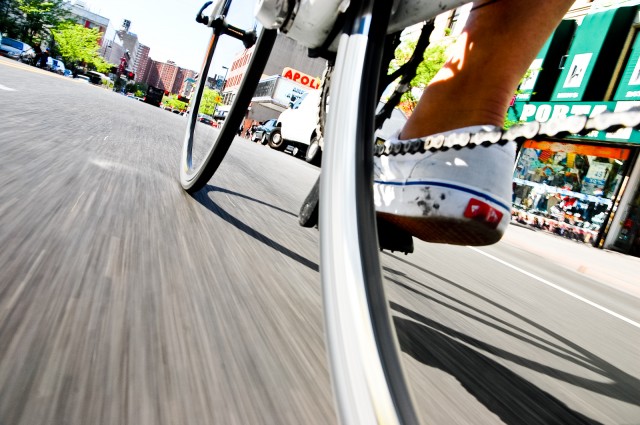 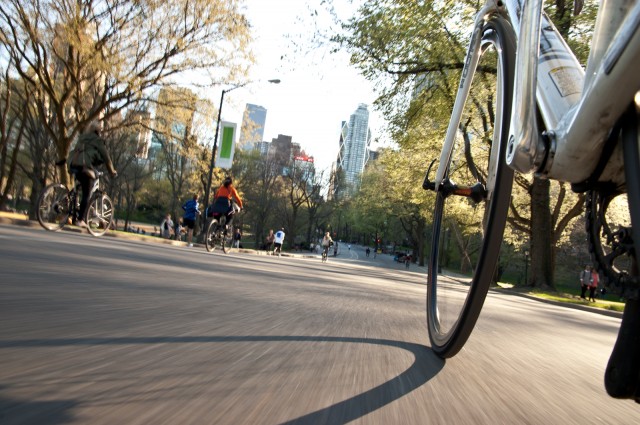 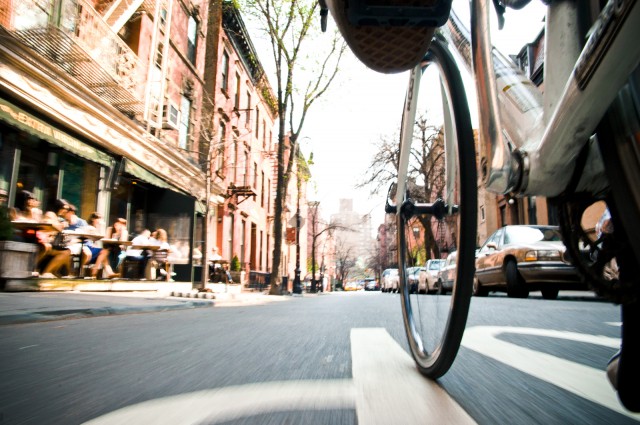 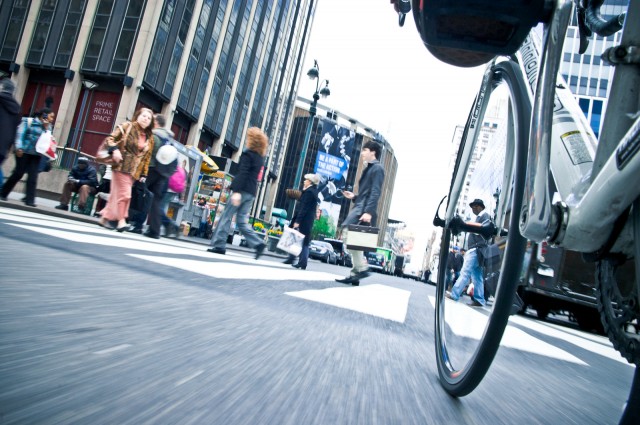 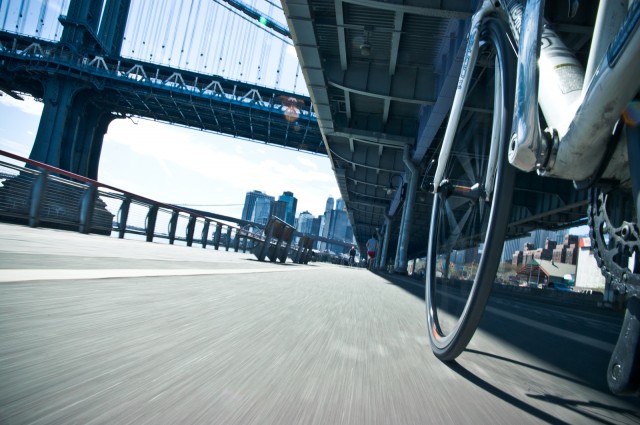