Great Big Story visited the wooded hillside in Bavaria where the lavish Neuschwanstein Castle sits, a beautiful vanity structure commissioned King Ludwig II in 1869. Beloved by his constituents, Ludwig was known as der Märchenkönig (the “Fairy Tale King”) with a love for architecture, art and music and spared no expense in seeing such projects come to fruition. In 1886, Ludwig was deposed, albeit not without a fight. The day after losing the throne, Ludwig was found dead at the bottom of Lake Starnberg. Despite his tragic end, Ludwig’s long lasting legend carries on through his elaborate projects. In fact the Neuschwanstein Castle served as inspiration for the castle in Disney‘s Sleeping Beauty.

Perched atop a forestry hill in Bavaria, Germany, is a real-life fantasy castle. Commissioned by King Ludwig II in 1869, Neuschwanstein Castle has become a major part of our cultural history, even serving as inspiration for Walt Disney’s “Sleeping Beauty.”

Scott and I visited the Neuschwanstein Castle in 2012. 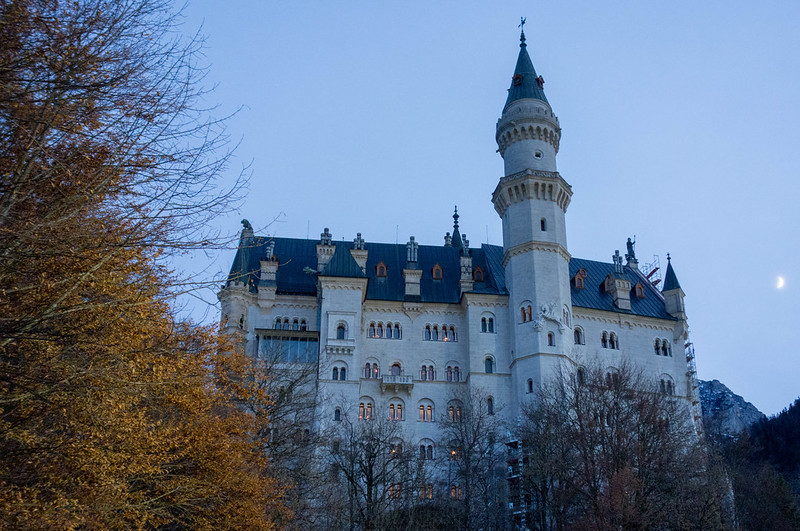