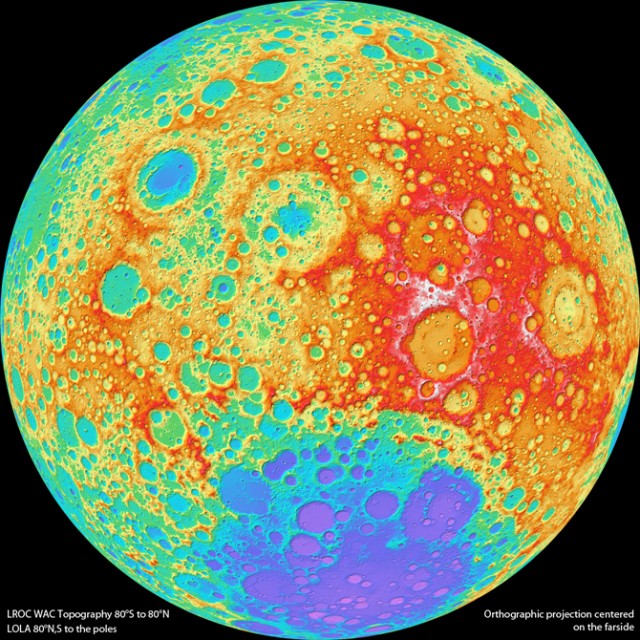 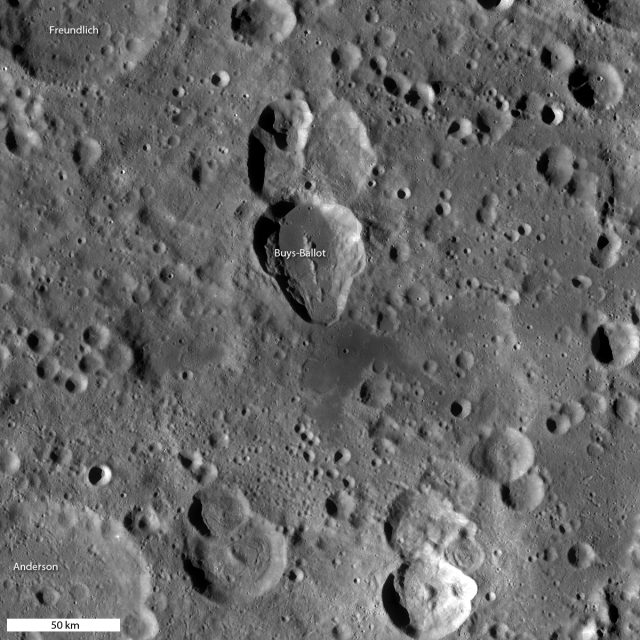 Yesterday the Arizona State University-based research team for NASA’s Lunar Reconnaissance Orbiter project released the highest resolution topographic map of the moon yet created. The GLD100 map covers 98.2% of the moon’s surface and is composed of 69,000 stereo images captured by the orbiter’s Wide Angle Camera. The orbiter will continue to capture images of the lunar surface for another year in order to improve the quality of the map (it covers the entire lunar surface once a month). The improved imaging will be used to plan future moon exploration missions.