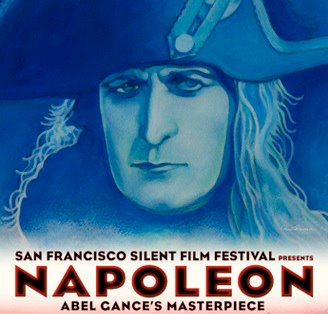 The highly innovative and rare 1927 silent film epic Napoleon by French director Abel Gance will be screened at the San Francisco Silent Film Festival at the end of March (trailer). The film will be presented in a 5 1/2 hour restored version, complete with live orchestra and “Polyvision,” a forerunner of widescreen that requires three screens to display. Napoleon plays March 24, 25, 31, and April 1 at the Paramount Theatre in Oakland. The New York Times and NPR have posted articles on the film and its rather tortured history.

via The New York Times & NPR