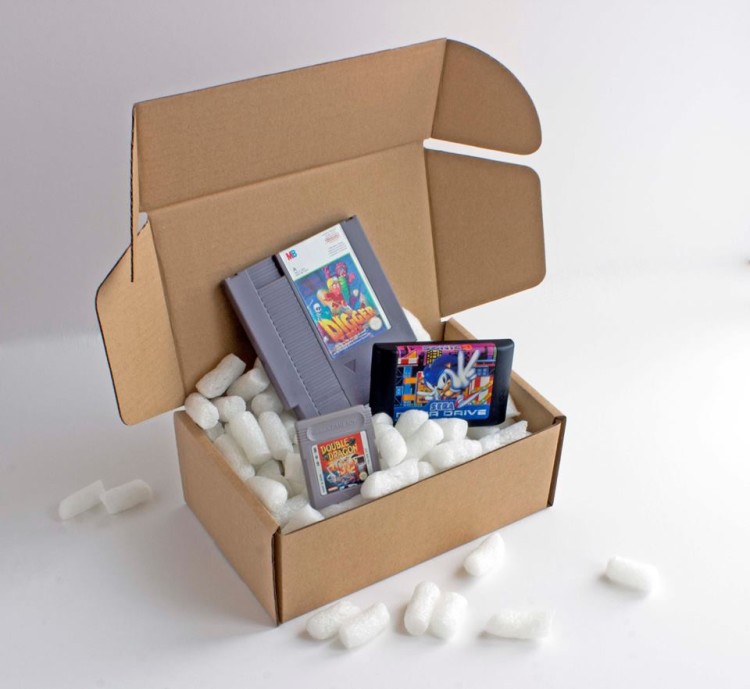 My Retro Game Box is a monthly subscription service by Katy and Stu in Scotland that sends out a random assortment of retro video games to subscribers. Games are chosen based on stated preferences, which consoles subscribers have, and whether subscribers already have certain games in their libraries, but the process is a little more complicated than that.

We have developed a system with full, emotional artificial intelligence, and named it Katy.* She will strike up a conversation with you via email after you subscribe, to find out what consoles you have, what games you already have in your collection, and what kind of games you detest. We want you to help us make good choices for you, but we draw the line at giving us a wish-list, otherwise it just isn’t a surprise.