Coyote & Crow, an incredible folk music duo who can be found playing such unique instruments as a double standup banjo bass and a Banjote and a suitcase snare, got a normally cynical and/or apathetic subway crowd dancing at the Bedford stop in Williamsburg, Brooklyn with a rousing version of the John Phillips song “Me and My Uncle” that was popularized by The Grateful Dead. It all started with an adorably uninhibited little girl dressed in pink and spread from there.

Coyote & Crow, also known as Thomas and Jaime Kopie, have been busking around New York City for a number of years.

Coyote and Crow are a married couple from New York’s North Country living in Brooklyn. They make their living busking around New York City. They play a mash up of folk-americana, bluegrass, and old time music with a big influence from rock’n’roll and early 60’s psychedelic rock. Sticking to traditional Jug-Band roots they play homemade and modified instruments. Thomas plays Banjo, Banjote and foot percussion with a homemade suitcase he built into a drum. Jaime plays a homemade Double Banjo Bass/Stand Up BB. They play songs about nature, folk tales, love, life experiences and cultural infulence. With a sound thats hard to put a name on, they poor their heart and soul into every note.

Their albums and early recordings can be downloaded via their Bandcamp page. 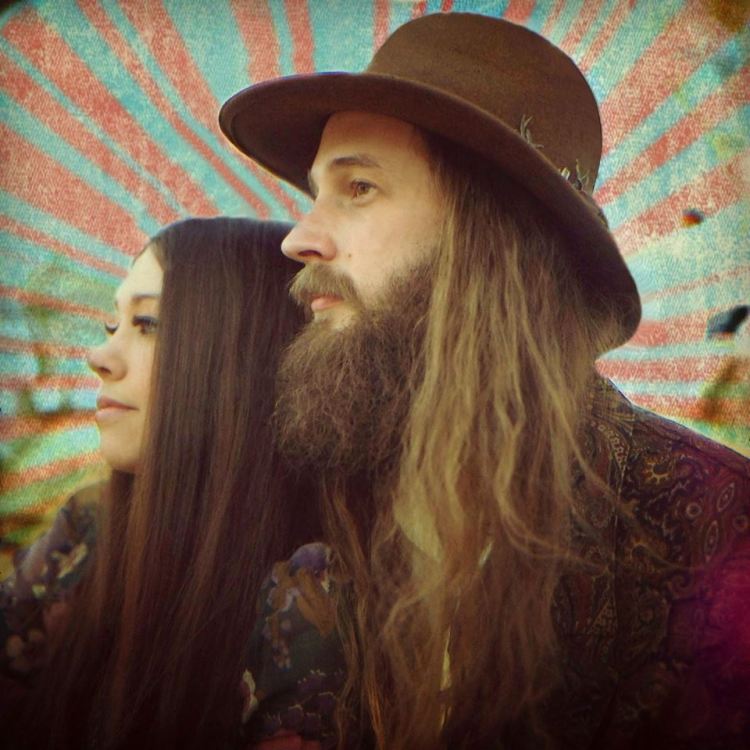 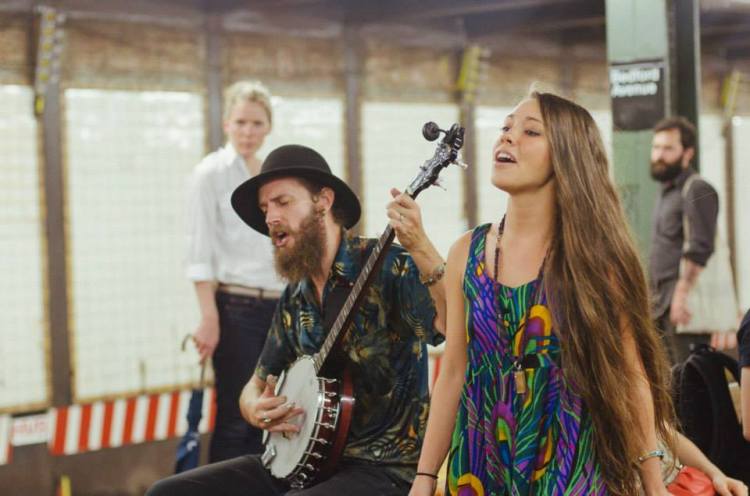 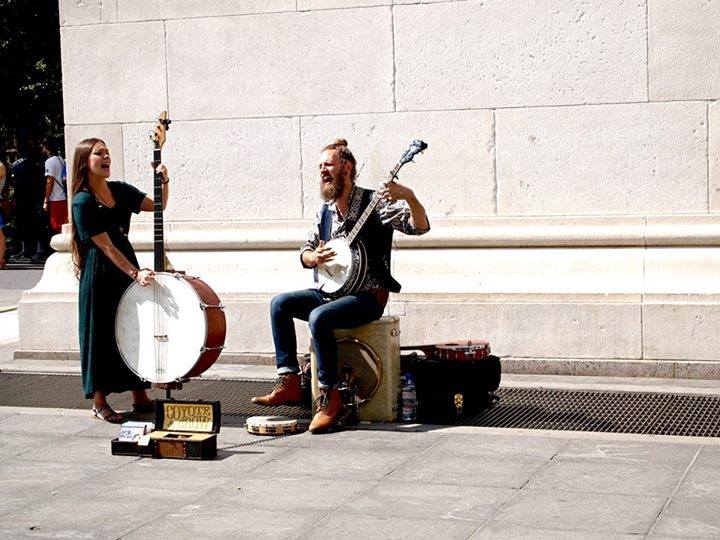 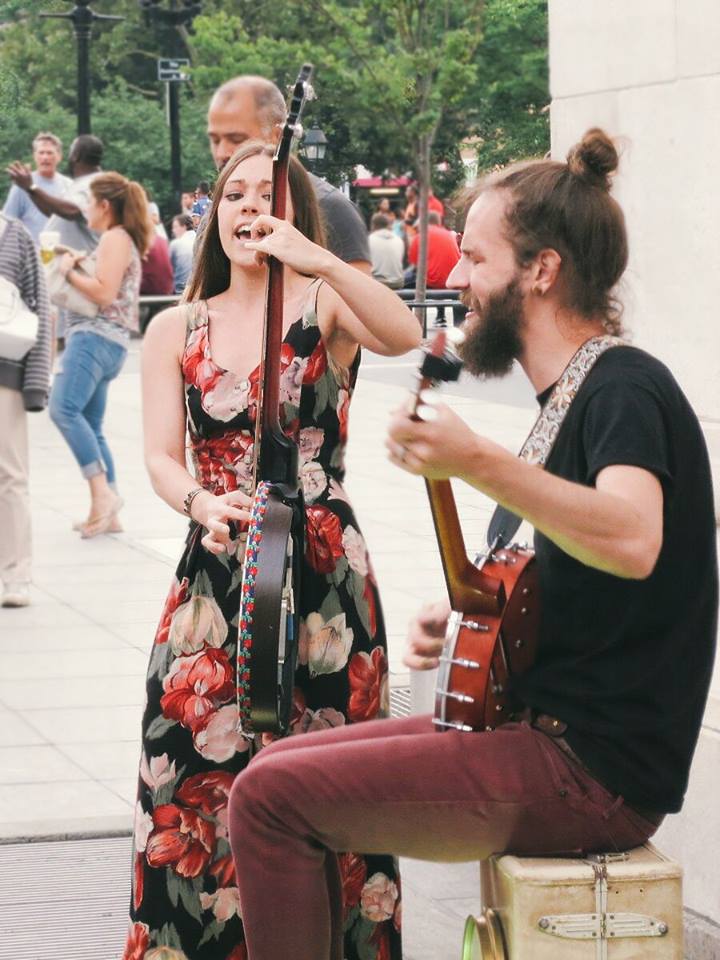